Home Entertainment Top 5: Games that will make you feel like James Bond 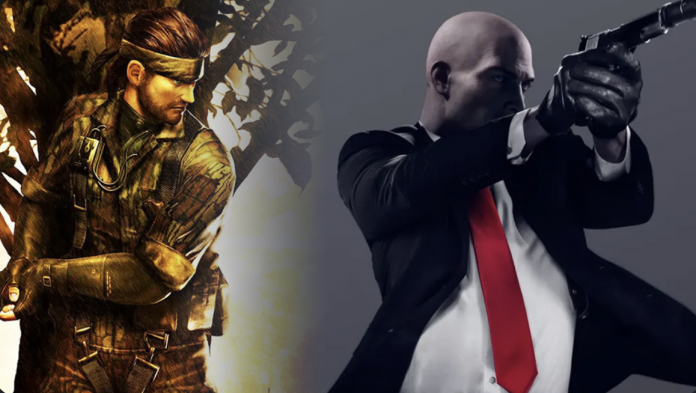 Now that No Time to Die has hit theaters, the good old James Bond seems to be the talking point of the moment. Since his new movie showed us quite a bit of the exciting action he’s used to, it made us want to play some titles that made us feel like the renowned agent.

Although 007 has had quite a few video games in its history, we have already had some time without one that is really worth it. However, there are several titles that, even without being carried out by Bond, manage to give us an emotion similar to that of his films.

That is why today we bring you this Top 5 of the games that will make you feel like James Bond. So pour yourself a vodka martini, blended, not shaken, and enjoy our counting.

1.- Goldeneye for wii: a good remake for the most beloved James Bond game

Just because we’ve been without a good James Bond game for a long time doesn’t mean they’re all bad. The Nintendo 64 Goldeneye still stands as a classic that helped define first-person shooters. However, the passing of the years is already showing. The good news is that Goldeneye had a ‘reimagining’ for the Wii that gave us almost the same story, but with some new gameplay mechanics.

Unlike the original, here you could use stealth and finish the levels like a real secret agent. Besides that you had some inventions to make things easier for you. But most importantly, the James Bond model has all the looks of Daniel Craig. So you get fully into the role while you play.

Although Nathan Drake is not an international super spy, his adventures take him to various parts of the world, often competing with some villain to find treasure. One of the things we like the most about the agent’s films are his various locations around the world. Uncharted 4 does not give something similar when taking us to Italy, Scotland and Madagascar.

In addition to having Bond-like adventures, the fourth installment of Uncharted gives us several action scenarios that seem taken from the most recent installments of 007. Drake may not be a well-dressed womanizer, but his games could help you if you do. you are looking for are international shootings, like those in which the good James participates.

3.- Hitman, a murderer with all the James Bond style

If what you like best about James Bond movies is not the action, but the more ‘class’ parts, then maybe Hitman is for you. In Hitman games, especially in the most recent ones, you can infiltrate like a secret agent in different scenarios. All in order to end your goal.

While Uncharted gives us the action, Hitman gives us the stealth that any big-name spy should use. Besides that 47 already comes with a trucutru suit worthy of 007. Also, like the Bond and Drake saga, the stories of Agent 47 take him to different parts of the world.

We already had a game focused on action and another focused on stealth. Now we have one that presents us with a perfect combination between the two. In Splinter Cell: Blacklist we take the role of Sam Fisher in a race to stop an international terrorist group, with a plot that reminds us a bit of Skyfall.

It is your decision whether you want to sneak in or hitting left and right in missions. However, the combination of weapons and tools at your disposal will make you feel a bit like James Bond. In addition, the Blacklist villain has several characteristics that we would expect to see in a 007 opponent. If you are looking for a spy thriller in the form of a video game, this Splinter Cell is a very good option.

Now that if what you want is to relive the first glories of 007, Metal Gear Solid 3 could be the game for you. Anyone who follows the work of the developer, Hideo Kojima, knows that he is a great movie buff. Maybe he is a fan of 007, since Snake Eater seems like a Bond story of yesteryear only with Naked Snake as the protagonist.

There are several things that lead us to believe this, starting with its striking intro that is very similar to the iconic opening credits of all Bond films. In addition, it presents us with a plot of espionage, in the middle of the Cold War and with extravagant villains. We can even argue that it includes a ‘Bond girl’ in the form of Eva. All this makes us say that Snake Eater is the best 007 game without James Bond. Of course with some of the endless cutscenes of good Kojima

These were the games that, for us, managed to capture some of the sensations that James Bond movies give us. Let’s hope the good agent makes a great triumphant return to the world of video games. In this way, that we can finally feel like him while we control him. With a title on the way, from the Hitman developers themselves, we could say that this is almost certain.

Do you agree with our top? Do you think any other game does a better job of making you feel like James Bond?