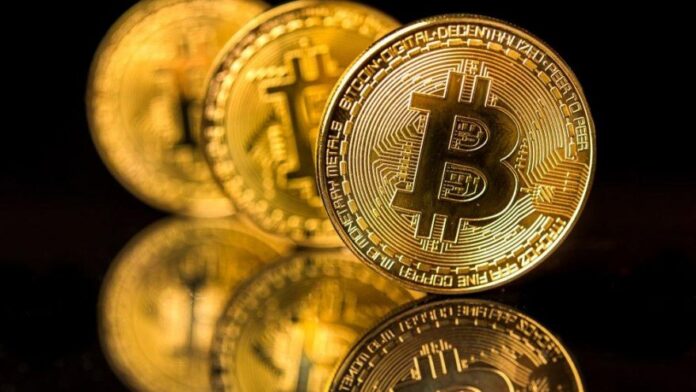 Transaction volumes and sales prices of cryptocurrencies, which are considered to be the rising value of today and the currency of the future, are reaching surprising rates every day. Even if their value decreases or increases by thousands of dollars instantly, the 10 most valuable cryptocurrencies, which have been at the top for a long time and pushing the summit, continue to take an active role in the markets.

Credit cards appeared first, and cash usage decreased. Then, with mobile payment, we no longer even need to carry a wallet. With all this digitalization process, cryptocurrencies, which can be seen as an alternative to the current economic system, entered our lives. Bitcoin, which was first introduced by Satoshi Nakamoto in 2009, has been illegally used as a medium of exchange for years. Its real breakthrough was experienced in the years when it would be traded against the dollar and became an investment instrument.

In short, what is crypto money?

Crypto money; It is a virtual asset, a shopping tool created as an alternative to all currencies we know, using cryptography, a type of encryption technology, to secure transactions. It is also called virtual currency for crypto currencies. The underlying cryptography technology is called blockchain.

The most striking point of crypto currencies is that they are not connected to any center. It is produced and secured only by users in a blockchain, without any government or bank guarantee. It is thought that the total value of cryptocurrencies can reach up to $ 2 trillion in the coming years.

The most valuable cryptocurrencies:

The USD Coin, known as USDC in the market, is supported by United States bonds, unlike many crypto currencies. It was produced in its establishment to equal 1 USD to 1 USD Coin. The purpose of USD Coin is to provide a safe haven for cryptocurrency investors at the dollar rate; It is to create an ecosystem that consists of many areas such as wallet, stock market, service provider.

The Polkadot crypto money project, which is referred to in the market with the abbreviation DOT, is an open source project developed by the Web3 Foundation headquartered in Switzerland. The most important goal of the project is to ensure that all blockchain networks in crypto currency exchanges work together. Palkadot aims to create financial institutions that have no headquarters, are easily established and can easily connect with each other.

Litecoin, known as LTC in the market, was first created by Charlie Lee, a former Google employee, in 2001, but it only came into existence in 2013. Litecoin was created to be a lighter currency than Bitcoin. As for Bitcoin gold, LTC, which draws attention with the thought of Litecoin silver and its transaction confirmation service of 2.5 minutes per block, is criticized for not always delivering the speed it promised in terms of transaction approval speed.

The Chainlink network, referred to in the market by the abbreviation LINK, was created to combine all block chains and crypto currency exchanges in the world. Because the Chainlink system, which has a strong smart contract network, has a reputation in the market, large contracts are rewarded, but failure to provide accurate information results in a token drop. Only 35% of 1 billion LINK in the market is offered to the public.

The Bitcoin Cash crypto currency, known as BCH in the market, was created after the separation in the Bitcoin block chain as we know it. BCH aims to offer a new understanding of cash in the evolving system of global markets. Since the block size in the BCH blockchain is 8 times the known Bitcoin, it offers much wider advantages to those who want to mine.

The XRP crypto currency, which is referred to by the XRP abbreviation, which is the same as its name in the market, is used in the RippleNet digital payment platform on the XRP Ledger database. XRP Ledger is completely open source and not dependent on any blockchain. XRP; It was created as a faster, less costly, more secure and scalable alternative to other payment platforms.

Tether crypto currency, which is referred to as USDT in the market, is a crypto currency created by a company named Tether in Hong Kong by fixing it to USD. In order for 1 USDT to maintain the value of 1 USD, the company always keeps USD in reserve. So USDT, unlike many other crypto currencies, has a center and support areas. It is aimed to combine the limitless world of cryptocurrencies with the US dollar.

Ethereum, known as ETH in the market, is a blockchain that was officially launched in 2015 after a preparation process of about two years. ETH founders aim to eliminate unnecessary costs and offer much greater profits to miners by developing a platform using software called smart contracts, thereby reducing the number of intermediate products.

Bitcoin, known as BTC in the market, is one of the first cryptocurrencies to emerge and is at the top of the market. Being one of the firsts provides an advantage to Bitcoin in many issues such as market value. Purpose of production; To realize purchases and sales between two financial centers without any intermediaries, without losing a share of profit and keeping expenditures to a minimum by eliminating centers, supports and intermediate staff.

In the ranking of the 10 most valuable cryptocurrencies, the values ​​of the top and listed units change instantly. Although they do not have a very common usage area today, the market value of crypto currencies is getting more stable every day and it is really taking firm steps towards becoming the currency of the future.