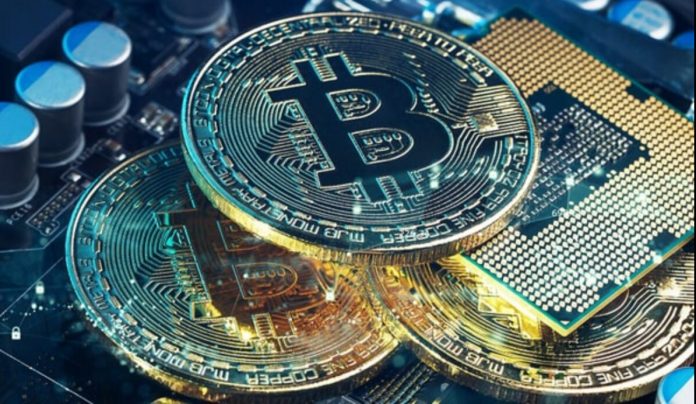 Since the emergence of Bitcoin, it has been the scene of various scams. Thousands or even millions of people were damaged in the incidents where billions of dollars were stolen. So what are the biggest Bitcoin scams? Let’s examine it.

Founded in 2018, Asia-based PlusToken offered Asian investors between 9% and 18% monthly returns. The company, which attaches importance to face-to-face meetings while acquiring a user base, has managed to create a large audience. In 2019, the first problems started. The founders fled by buying more than $ 4.2 billion of Bitcoin and other cryptocurrencies such as XRP, EOS. The Chinese police, in total, within the scope of the investigation; Captured 194,775 Bitcoin, 833,083 ETH, 1.4 million LTC, 487 million XRP, 6 billion DOGE, 79,581 BCH, 213,724 USDT, 27.6 million EOS, 74,167 DASH.

Silk Road, the darknet market, was closed by the FBI in October 2013 and its founder, Ross Ulbricht, was arrested. Ulbricht’s computer had tens of thousands of Bitcoins. The BTCs he obtained were obtained thanks to the illegal services in the darknet market. The FBI seized 144,000 Bitcoins. There are 444 more BTC that are still unavailable and owned by Silk Road. There are various claims and theories about disappearing Bitcoins.

OneCoin has never owned a blockchain but has been touted as a successful cryptocurrency. The name behind it might be familiar to some: Ruja Ignatova. OneCoin offered its users tokens with no value in return by selling training packages that promise high returns. Famous by the nickname Cryptoqueen, Ruja stole millions of dollars with the OneCoin project and defrauded 3 million people in total. According to the statements of federal prosecutors, the amount stolen from its users exceeds $ 16 billion.

Founded in 2016, the company launched Bitconnect in 2017. The Indian-based company defrauded users by promising a high interest rate of 1% per day. Users could buy Bitconnect Coin with Bitcoin on the platform. Company officials organized seminars and events to attract users to the company. In 2018, the Texas Securities Commission named the company a pyramid scheme and decided to halt the company, declaring that the earnings were not transparent. After the decision, Bitconnect Coin price first fell to 92%, then was reset. The company made a 2.5 billion dollar profits.

Bitcoin Savings & Trust, Trendon Shavers started out by claiming to sell Bitcoin. He then said he needed more liquidity, telling people he needed BTC. By doing this, he managed to buy bitcoins from many people. Shavers’ working principle was over-the-counter market. Shavers would sell from OTC, and investors would repurchase at a better price. His promise was a 7% weekly return. But not long after, Shavers’ pyramid scheme was revealed and he was sentenced to 18 months in prison. In total, it had collected 764,000 BTC. $ 41.2 billion at present value.

Founded in April 2014 as a cryptocurrency mining company, BitClub Network collected money from investors, claiming that it worked as a Bitcoin mining company until December 2019. Mining rewards were promised to investors and payment was made on transaction fees earned. But the company defrauded investors by providing them with misleading fee information. The company made a total profit of 772 million dollars. Three people found to have committed fraud were arrested.

The Banana Fund was launched in May 2018 by a British citizen named Jo Cook. The more donations made to the fund, the more advantages it took. For example, one user deposited 82 BTC, another deposited 0.024 BTC. In total, 482 Bitcoins were deposited. US prosecutors seized 1.7 million USDT, along with 482 BTC.

The South African based Bitcoin company is a platform that allows its customers to register by depositing at least $ 100 worth of Bitcoin. Thus, investors can increase their Bitcoins and earn returns. The company has over 90 thousand members in 177 countries. However, the court temporarily closed the company. As the justification, it was shown that the company stole 644 million dollars from 280 thousand investors. Company customers filed a complaint in court. According to the statements, customers could not withdraw their funds from their accounts. The CEO of the company may have fled to Brazil.

Gerald Cotten, CEO of Canada-based cryptocurrency exchange, died of Crohn’s disease in December 2018. His wife, Jennifer Robertson, said she didn’t know anything about Gerald’s passwords. It was later claimed that the passwords were stored on a laptop. Customers had reported losses of $ 169 million during this time. The Ontario Security Commission (OSC), who conducted research on the subject, revealed that Quadriga owes 215 million dollars to more than 76 thousand users. While Bitcoin made up the majority of the cryptocurrencies borrowed, there were also cryptocurrencies such as Litecoin and ETH. The total amount of Bitcoin stolen is stated as 26,350.

DragonEx cryptocurrency exchange was hacked in March 2019. Stating that the necessary announcements were made to company headquarters such as Estonia, Thailand, Singapore and Hong Kong, the stock exchange worked with the police. Especially Bitcoin; Some cryptocurrencies such as ETH, XRP, LTC were stolen. According to Selfkey data, the value of stolen cryptocurrencies is $ 7 million.