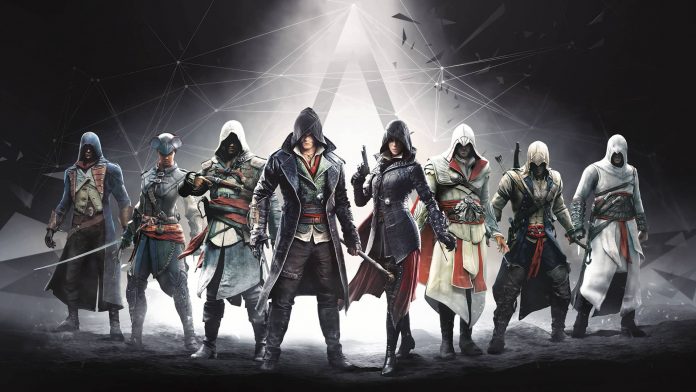 The Assassin’s Creed series, developed by Ubisoft, one of the leading names in the game industry, has been with us since 2007. There are many different opinions against the series that has more than 20 games. While some critics describe it as a copy of each other, others are seen as masterpieces.

Although a general opinion cannot be reached for this series, which has quite a lot of games, it is an indisputable fact that some of its games are of good quality. In this article, we will list the 10 best Assassin’s Creed games selected by players.

Assassin’s Creed 1, the first game of the series, gained a faint place in the eyes of the players by taking average points for its period. Despite its weak graphics, little variety and many repetitions, the innovations that could be made in the sequels excited the gaming community.

Unity brought many events that could be considered as the breaking point of the series. The game, which was announced with new combat mechanics, advanced multiplayer and a wide world, was unplayable due to mistakes when it first came out. With the updates made, Unity has been greatly corrected and has become a beautiful game that reflects the French Revolution.

Revelations, which owns Ezio Auditore, the most popular main character of the series, was highly appreciated by the players with its different combat mechanics and wide range of side missions.

Looking like the DLC pack for Assassin’s Creed 2, Brotherhood was a game where expectations were kept low. Despite this, he managed to position himself at a different point from other games with the innovations he added to the series. The game, which comes with capturing regions, building your own team of assassins and many other similar side activities, is still playable in today’s conditions.

Syndicate, which took place in England during the Industrial Revolution, acts as a bridge between classical AC and modern AC. The game, which provides access to things that have not been in the series before, such as the horse carriage, is also the first Assassin’s Creed game to feature a female character.

AC 2, the game in which the series was the main game in the hearts, was a production that increased the average impression of the first game. We bring Ezio Auditore to life in the game set during the glorious Italian Renaissance. Assassin’s Creed 2, the starting point of the mechanics that the series will use for many years, is still playable today.

Origins, the game in which the series has almost radically changed, takes game lovers to Ancient Egypt. It also touches on important points about how the guild of assassins was formed and what the starting point was. Origins, which also includes various RPG elements, turns Assassin’s Creed’s course in a completely different direction.

Valhalla, the latest game in the series, is a good enough game to get almost full points from critics and gamers. As a Viking, you can access everything that the AC series has to offer in the game where you raid England. 14 years of experience and work indicate the last point Ubisoft has come to.

Odyssey, which can be considered as Valhalla’s big brother, was named the best Assassin’s Creed game ever by the points given by the players. You can start by choosing a male or a female character in the game that takes place in Ancient Greece. With many RPG items, the game allows you to choose in dialogs. Although it is the most detailed AC game where character customization and development is the most detailed, it is a quality game that can be seen as a rival to Witcher 3 by some critics.

Robert A. Altman, founder and CEO of Zenimax Media