Home Tech The tool that turns your browser into a hacker’s proxy: CursedChrome 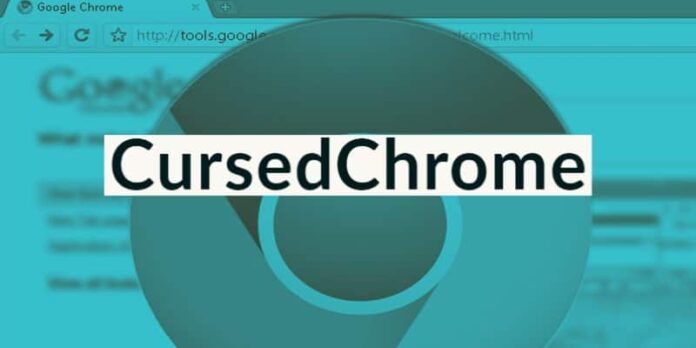 A cyber security specialist named Matthew Bryant developed a browser extension called “CursedChrome”. CursedChrome, which turned the computer it was installed into into proxy bots, was released as open source and Bryant says his purpose in this project is to raise awareness.

The security of the virtual world gained great importance with the widespread use of smartphones, computers and the Internet. Because in the current process, hackers started to put their best efforts to capture the consumers’ data. As such, hackers who developed dozens of different types of attack methods have become a huge risk for consumers.

Now, a tool has been developed that can directly affect consumers. The tool, called “CursedChrome”, developed by a security researcher named Matthew Bryant, was released as open source. This tool turns Chrome browsers into proxy bots and allows hackers to surf the Internet anonymously through these browsers. Bryant’s tool called CursedChrome is a plug-in for Google Chrome.

The vehicle developed by Bryant consists of two main parts. One of these sections is the Chrome extension itself, and the other is a control panel. Hackers can access the users they attack with the help of this tool via the control panel. The control panel allows a hacker to easily access all users who have downloaded this tool.

CursedChrome is an ideal tool for a hacker. Because the only ingenuity of this tool is not to access the internet. By using CursedChrome, hackers give users the opportunity to log on to their internet networks, as well as areas requiring special permission, such as intrarer networks or corporate applications. Also, signed-in platforms and online IDs can be stolen with CursedChrome.

Bryant, who developed CursedChrome, states that this tool is not unknown, only the technologies that have been developed to date have been used. So this tool doesn’t bring anything new to the software industry. In addition, this tool has a very simple logic. Bryant adds that CursedChrome doesn’t actually go beyond a simple “WebSocket” connection.

Speaking about the software he developed, Bryant says that with the widespread use of the internet, browser extensions are very important, but consumers are using numerous browser plug-ins without even realizing it. Noting that this situation is very dangerous, Bryant says his aim is to raise awareness. In other words, Cursed Chrome shows both companies and individual consumers how vulnerable they actually are.