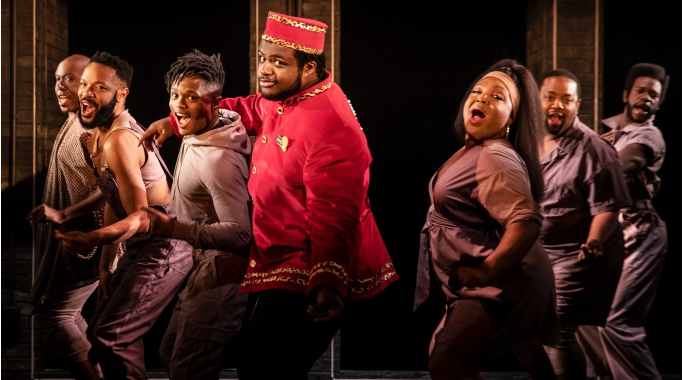 Michael R. Jackson’s famous musical, which won the Pulitzer Prize for Drama and Best Musical Tony, opened on April 26 at the Lyceum Theater and received rave reviews, but in recent months its box office receipts and attendance have been steadily declining. For the week ending October 4, production filled only 79% of the available seats, collecting $579,354, compared with a peak of $860,496 in June last year.

“Putting ‘The Strange Loop’ on Broadway was extraordinary,” said producer Barbara Whitman. “Michael R. Jackson is one of the most important voices of this generation, and we are very pleased that so many enthusiastic viewers were able to enjoy his monumental musical. We are looking forward to seeing more theater fans come to the play in recent weeks.”

“While ‘Strange Loop’ is not autobiographical,” Jackson said in a statement today, “it is my life’s work. That’s why I feel so lucky to have had the opportunity to share this raw, vulnerable and personal story with the world and communicate with so many enthusiastic, loving viewers. I am also indebted to the many outstanding employees and institutions of the past and present who have made it possible to tell this unique story. Each of you will forever have a piece of my heart, soul and my life.”

As Broadway continues to feel the impact of Covid and the dramatic decline in tourism in New York, the industry is reeling from the recent closure and closure announcements of some of its most successful hits, including “Dear Evan Hansen” and “The Phantom of the Opera.” The latter recently announced a closing date of February 18, 2023. The hit The Music Man will close on January 1, 2023, and will not continue without the star Hugh Jackman.

After the closure of A Strange Loop worth $ 9.5 million, 301 regular and 13 preview performances will be played at the Lyceum Theater.