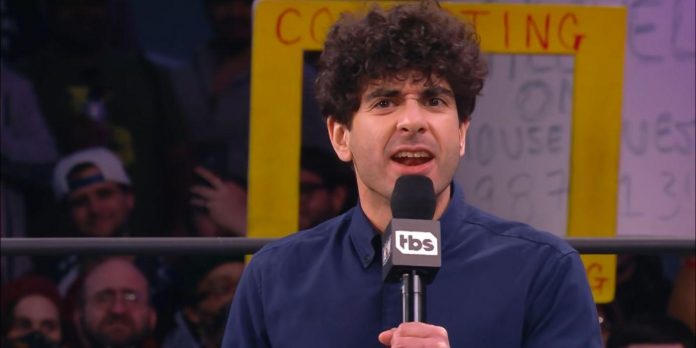 Vince McMahon is retiring and leaving Triple H to book WWE, which puts Tony Khan and AEW on a whole new challenge. One of the most significant competitive advantages of All Elite Wrestling over WWE was that wrestlers did not have to deal with McMahon and his whims. There is no such edge now.

Not only that, but Triple H has proven that they are capable of staging convincing professional wrestling shows. Fans who usually only connect to AEW on a weekly basis can gradually return to WWE as the product improves in the ring. On the August 1 episode of Monday Night Raw, there was half an hour more wrestling than Vince’s last show. This is a significant change, and Wednesday Night Dynamite could be home to the kings of work rates. WWE’s production capabilities, combined with Triple H’s proven ability to organize large-scale wrestling shows, could threaten AEW’s viability in the long run.

Tony Khan recently spoke with Kevin Walsh from SportsGrid.com about McMahon’s retirement and subsequent Triple H promotion. “It will change the competition, but I think it’s good. AEW has a large fan base. Now we work in 130 countries around the world, and here in the USA we have created a great fan base. the competition will change. There’s another person sitting across from me in the chair, but I don’t think it’s necessarily going to be bad for wrestling fans.” The co-owner of AEW also talked about how the WWE changes will be useful for the performers themselves. “I assume that great wrestlers will be in demand. And again, I think it’s probably going to be good for wrestling fans because one of the most exciting things about professional wrestling is freedom of action.” (h/t on f4wonline.com for transcription)

Competition is healthy for both WWE and AEW

The Monday Night Wars created some of professional wrestling’s biggest stars, and that boom period helped make WWE the cultural force it is today. Although interest in the product has declined over time, the move from McMahon to Triple H may change that. Although AEW lags far behind in the ratings, it could still be a situation where the tide lifts all the ships.

It will be interesting to see if AEW stars will start moving to WWE, as Cody Rhodes did at WrestleMania 38. No matter how strong an All Elite product becomes, they cannot compete with the historical significance of WWE. It takes time to create that kind of capital, and all the money in the world can’t make the AEW World Championship as big as the major WWE titles.

Regions where a Pokemon game based on the USA can take...