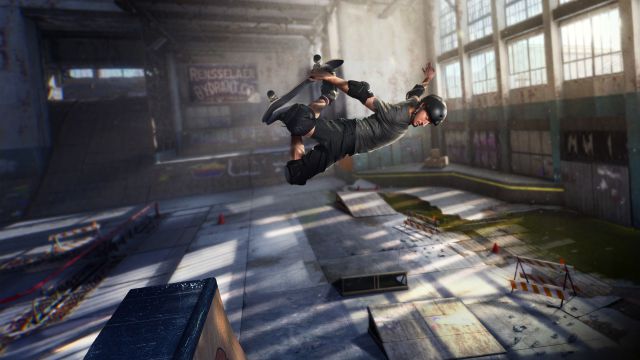 Activision announces the arrival of its celebrated remake / compilation to the present generation, including the Nintendo console with a date to be determined.

Tony Hawk’s Pro Skater 1 + 2, the celebrated remake / compilation of the famous skate saga, will arrive on both PS5 and Xbox Series X | S on March 26, 2021 after its original release on PC, PS4 and Xbox One on last September; In addition, it has also confirmed its arrival on Nintendo Switch this year on a date yet to be specified. On the other hand, different update plans to the next gen have been announced depending on which edition you have of the previous generation consoles, specifying the different graphic and performance improvements.

Thus, Tony Hawk’s Pro Skater 1 + 2 will jump to the next generation shortly to enjoy improvements thanks to the superior technical capabilities of PlayStation 5 and Xbox Series X | S, including two graphic modes, one at 120 FPS and 1080p resolution. and another at 60 FPS and 4K native resolution (1440p on Xbox Series S). Along with these data, other improvements such as higher quality dynamic shadows, more realistic effects at the level of reflections, more detailed textures and spatial audio, among others, have been confirmed. Of course, the technical data of the Switch version have not been specified, whose launch date has not been detailed either.

On the other hand, the different update plans have been specified for the owners of the PS4 and Xbox One version, which will not always be free. Thus, only those who have the Digital Deluxe Edition on both consoles or owners of the physical version on PS4 will be able to update the title on the new consoles at no cost, while those who have the standard digital version will have to pay an extra $ 10 to purchase the Cross-Gen Deluxe package with the above graphical enhancements and various bonus content such as Skater Ripper, new skins and more Apparently, those who have the game in physical format on Xbox One do not have an upgrade option on Xbox Series X | S.

Ghostbusters: Beyond Brings Together Reina, Iniesta And Villa In A Fun...

New Tales from the Borderlands Could Be a Tantalizing Answer to...