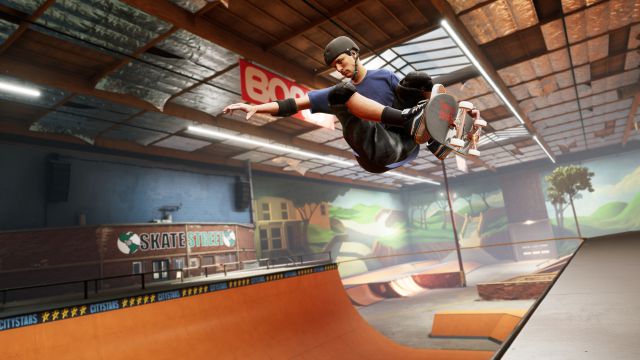 The successful Activision title developed by Vicarious Visions will be released on the hybrid console throughout 2021. This is what its Nintendo Switch gameplay looks like.

Tony Hawk’s Pro Skater 1 + 2 will arrive this March 26 on PS5 and Xbox Series X | S with great technical improvements; but it will also have a version sometime in 2021 on Nintendo Switch. It was an open secret and it was finally confirmed: Activision’s successful and crazy arcade skateboarding under the development of Vicarious Visions will come out on the hybrid platform, thus allowing us to take our skateboard anywhere. After the announcement, we already have the first real gameplay of its playability through IGN.

At the moment there is not much information related to this version; However, the gameplay provided by the North American medium offers these gameplay sequences in 1080p resolution, presumably the one that we will see soon on screen in TV mode (console in the dock). Handheld game lovers have to wait until we know if the content will finally be offered in 720p (HD), the maximum resolution of the Nintendo Switch in handheld mode.

Judging from the background, the Crash Bandicoot N. Sane Trilogy and Spyro Reignited Trilogy moved to 480p in handheld mode; while the imminent Crash Bandicoot 4: It’s About Time will be released on Nintendo Switch with a more polished version, at 720p, which translates into a more than notable difference when it comes to viewing the contents more clearly.

In our original review of the game, released on PS4, Xbox One, and PC last September, we were absolutely delighted with this return; one of the best remakes of the generation, without a doubt. 20 years of legacy translated into a modern, fresh, dynamic and fun title. You can read our analysis here. “Tony Hawk’s Pro Skater 1 + 2 is a gift for the fan. Vicarious Visions has known how to choose the fundamental elements of the gameplay correctly, has renewed and adapted them to the year 2020. Everything feels like yesteryear, with its declared inclination for the arcade, and the result is neither more nor less than what we asked for ”, We said at the time.

Those who make the jump to PS5 and Xbox Series X | S (from PS4 and Xbox One with a charge of 10 euros in physical format; free if we have it in digital), will be able to play in 4K resolution at 60 FPS or up to 120 FPS and 1080p, among other improvements such as reduced loading times.