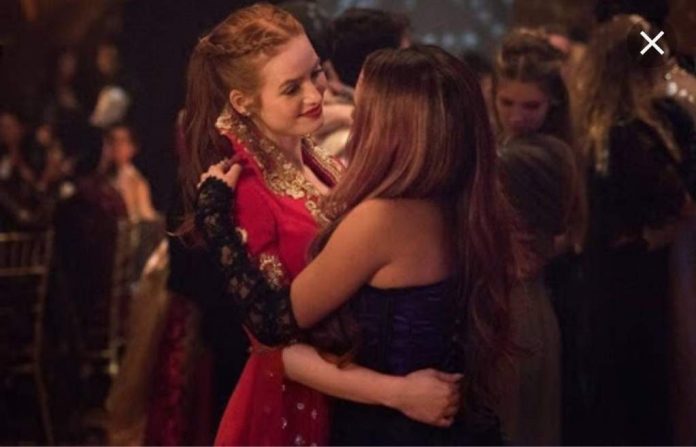 Riverdale keeps all fans on the lookout for the fourth episode of season 5, which The CW will release this week to finally move the gang 7 years into the future.

With the first episodes of the fifth installment, fans were thrilled with the graduation of the gang composed of Archie (KJ Apa), Veronica (Camila Mendes), Betty (LiliReinhart), Jughead (Cole Sprouse) and the rest of the young heroes. , who dropped out of high school.

Fans also witnessed the rift between Archie and Veronica, who will finally go their separate ways after the time jump, after the redhead confessed that he had made out with Betty.

With the fourth episode of season 5 in addition to the great changes, it will also come loaded with many surprises. The promotional trailer that shows scenes after 7 years have elapsed, shows that a couple seems to have remained stable over time.

As fans know, Archie, Betty, Jughead or Veronica will meet again 7 years later to save Riverdale from the chaos in which he will be submerged because of Hiram. As that happens, the trailer reveals that Cheryl (Madelaine Petsch) and Toni (Vanessa Morgan) have apparently stayed together.

From what you see in the trailer, Riverdale’s fan-favorite couple might be the only one who held steady before and after the time jump. Let us remember that the relationship was in danger after Toni’s pregnancy was revealed.

In the video, Cheryl is talking to someone while an ID appears on what appears to be her desk as “Mrs. Topaz ”, the same last name as Toni. Excited fans are imagining that both young women are married.

And is that despite this theory, other fans think that Cheryl could be sitting at Toni desk simply demanding that she be accountable for her. These disturbing assumptions can only be revealed when the fourth episode of Riverdale season 5 airs on Wednesday, February 10.