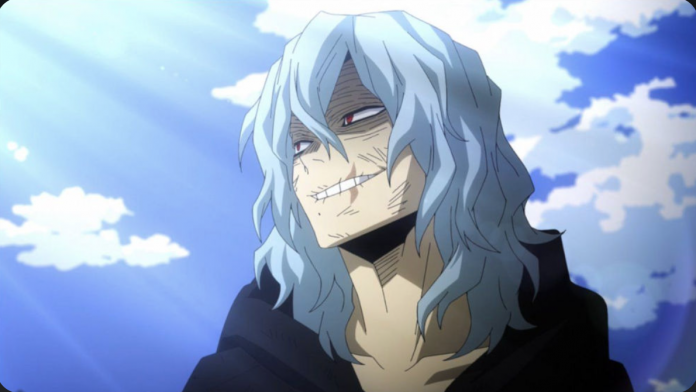 When the arc for the League of Villains began in the My Hero Academia anime, many warned that the tone of the series would change dramatically. Not just because the villains now stand out instead of the heroes.

Also because it would show a lot of the past of some of its members. Currently, more is known about Himiko Toga, Twice, Spinner and… Tomura Shigaraki. But talking about it is …

In episode 23 of the fifth season, the 111 of the series in general, Shigaraki’s childhood was addressed when she had the name of Tenko Shimura. That came to light in a series of memories she had when facing Re-Destro, leader of the Super Powers Liberation Army.

There it is shown that when she was a child she had the dream of becoming a hero. But her father Kotaro hers didn’t want to know anything about the defenders of justice.

All because her mother, the heroine Nana Shimura, was not with him when she was a child. Those who have followed the story know that Nana perished fighting All For One, to protect the world in My Hero Academia.

But Kotaro didn’t see it that way and ended up venting his frustrations on Tenko. The boy suffered greatly from her attitude, and developed an allergy in which he constantly scratched himself. It seemed like it was caused by the stress she was undergoing.

A horrible start for a villain in My Hero Academia

But they were actually the initial manifestations of her Quirk, Deterioration. And on a fateful day it manifested itself. After a new disagreement with his father, and while hugging his family’s dog, he ended up disintegrating and killing him.

Her sister saw what she did and ran scared. Not knowing the extent of her power, Tenko touched her, causing her to suffer the same fate. Terrified, she also inadvertently killed her mother and grandparents.

His father realized what happened, and instead of trying to calm him down, he attacked him full of fear. Tenko’s terror turned to anger against him, and blinded by it, he purposely touched it until it was destroyed.

Her whole house fell apart. This is how he was born one of the worst villains in My Hero Academia, after killing everyone he came to love. It was after All For One adopted him as his son and successor, becoming Tomura Shigaraki. The rest is history.

From Demon’s Souls To Elden Ring: The Culmination Of An Idea