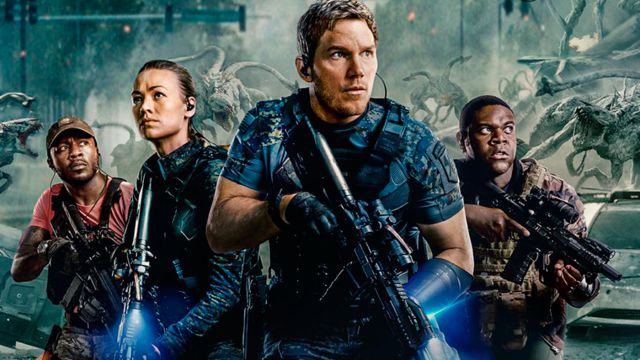 Tomorrow’s War 2 Ongoing: Amazon and Skydance are already planning the sequel to The Tomorrow War with the same team, with Chris Pratt and director Chris McKay; no release date. Tomorrow’s War, Chris Pratt’s hit new sci-fi action movie recently released by Amazon Video, will have a direct sequel. This is how the Deadline medium collects it, ensuring that Amazon and Skydance, its main managers, are already planning the production of a second part that will maintain the main creative core of the original, that is, with Chris Pratt and the rest of the cast together with the director. Chris McKay.

And it is that after the positive reception of The War of Tomorrow released on Amazon Video on July 2 and after paying 200 million dollars to Paramount to get the license, Amazon has already started the production of its sequel. Of course, at the moment they are nothing more than negotiations with Skydance to start a new story after the end of the first one; so much so, that they hope to have the same team responsible for the original film.

Thus, the production would once again have Chris McKay behind the cameras along with screenwriter Zach Dean and his main cast, that is, Chris Pratt, Yvonne Strahovski, Betty Gilpin, Sam Richardson, Edwin Hodge and J.K. Simmons. With everything, and without official data of views on the platform, everything indicates that Tomorrow’s War has exceeded the figures of another of Amazon’s recent blockbusters such as No regrets with Michael B. Jordan.

We will see how they approach the sequel for a fairly closed ending, although surely that time travel will have a lot to say, even if it is at least to explain the presence of certain names among their cast after the end of the first part.