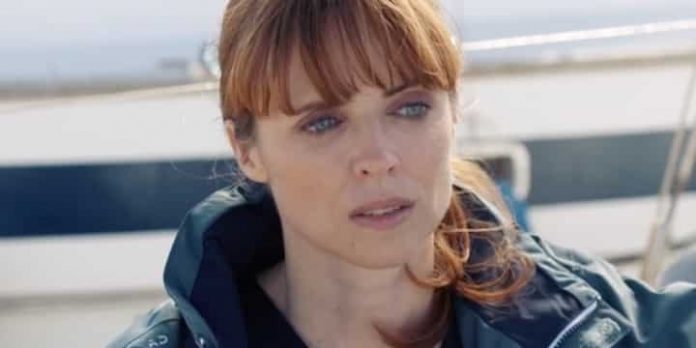 Like Plus belle la vie, there are many twists and turns to be noted each week in Tomorrow belongs to us. Know for example that fans will be able to attend the return of Valérie after her amnesia.

Of course, that’s not the only thing that’s going to happen in the episodes. Chloe, for example, will have to face a very important choice. If you don’t want to see the sequel to your favorite soap being spoiled, we recommend that you stop reading at this point.

Those who don’t care, know that the character played by Ingrid Chauvin decided to bring Martin to her place. This one, suspected of the murder of Felix Danielli in Tomorrow belongs to us, is on the run and tries to escape the police.

Nothing too gay for Chloe. However, a few days ago, we learned that Ingrid Chauvin wanted to give a more “comedic” turn to his character. Indeed, the actress let know over the microphone of Télé-Loisirs:

“Right now, I talk to them more and more about comedy. I hope to approach this register within the year “. Because yes, if you didn’t know, the actors meet with the producers twice a year to give them some ideas on the sequel to Tomorrow Belongs to Us:

“I tend to let myself go because I like to discover. See what the authors imagine for us. But we are fortunate to have dates twice a year with them. To talk about the plots to come in the year and if we, as actors, have any wishes. ”

See Also
Tomorrow belongs to us: Isam confesses his feelings!

VALÉRIE WILL RETURN IN TOMORROW IS OUR OWN

But you will have understood that, for the moment, Ingrid Chauvin follows the producers of the series. These last having thus made the choice to bring back Valérie as we let you know a little above.

This one will land in Tomorrow belongs to us to fit, no doubt, into an intrigue involving Souleymane. The character played by Dembo Camilo will indeed face the return of his mother. This is when Elisa Sergent will return.

It remains to be seen for what reasons. Since she returns after several episodes, we don’t really know what she’ll be related to. But according to Toutelatélé’s news, it is indeed with Souleymane that she should establish a link.

For the rest, know that Aurélien will discover Louise’s secret. This will also impact Bart’s new start. There are many more storylines to be seen this week in Tomorrow is Ours.

Despite everything, we prefer to keep the mystery. And let you see for yourself the continuation of the stories of the many characters. Indeed, it would be stupid to reveal everything to you right away.

KOREAN IDOLS WHO SUFFERED DEPRESSION AND ATTACKED AGAINST THEIR LIFE