Home Entertainment Tomorrow belongs to us: Lydie will take revenge on Renaud 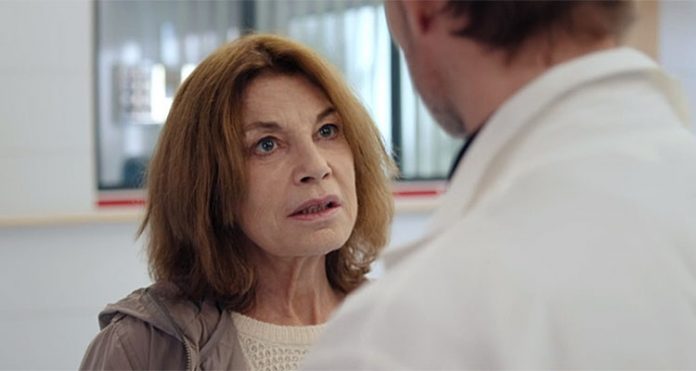 Lydie arrived in Sète not long ago in Tomorrow belongs to us. She intends to take revenge on Renaud in the rest of the episodes.

Lydie has been disrupting Renaud’s life since her return to Sète in Tomorrow belongs to us. She intends to get revenge on her ex-husband and begins to become dangerous. Please note that the article contains spoilers.

Is Lydia really desperate to take revenge in Tomorrow belongs to us? For the past few days, fans have been following a new intrigue around Renaud. The doctor received a call from a mental hospital and his ex-wife escaped. Lydie arrived in Sète not long ago and reconnected with Samuel.

Samuel is very angry with Renaud for separating him from his mother when he was a child. And for good reason, Alma’s darling wonders if he could have been a better man if he had grown up with his mother. However, Renaud never ceases to warn him against Lydie. Indeed, for him, it is very dangerous.

Samuel finds it hard to believe that his mother is schizophrenic in Tomorrow belongs to us. In fact, Lydia has agreed to take tests to prove to everyone that she is sane. Yet Renaud refuses to believe it and thinks she is manipulating everyone. It will therefore move up a gear.

In the continuation of the series of TF1, Marianne will find Lydie at the Spoon. Samuel’s mother confides in Marianne that Renaud has been unfaithful to her. She later confided in him that Renaud interned her without her consent and tore her away from Samuel when he was a child.

TOMORROW IS OUR OWN: LYDIE READY TO VENGE ON RENAUD?

Marianne will feel sorry for Lydie, but will still drug her in order to help her husband in Tomorrow belongs to us. Afterwards, Marianne will drive Lydie to Renaud so that she is transported to the hospital. Samuel will be alerted and will join his mother later in the hospital.

Renaud is going to lie to Samuel and tell him that Lydie is uneasy. Then he will ask her to ask her mother questions about her illness. Still, Lydia will have a hard time remembering Samuel’s childhood and the reasons that prompted him to go to HP. Later, Samuel will go home with Lydie and will suggest that she file a complaint against Renaud.

Lydie will refuse to file a complaint and will pretend to want peace with Renaud. However, in the evening, Sabine goes to join Lydie to tell her that Renaud slept with Marianne while they were still married. She will push Lydie to take revenge and Samuel’s mother will do anything to hurt Renaud.

She’ll want him to pay for everything he’s done to her over the past few years in Tomorrow is Our Own. Marianne’s husband could therefore be in serious danger in the rest of the episodes.