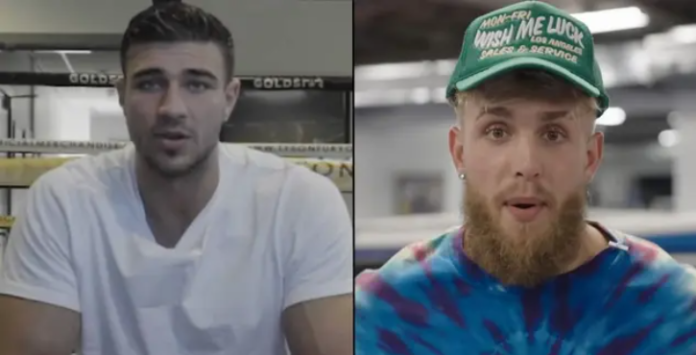 Tommy Fury offered a date for a fight with Jake Paul, saying he would fight the YouTuber “anywhere” he wants. Just not in the USA.

Jake Paul and Tommy Fury have been close to a fight on two separate occasions as the pair hope to settle their long-standing feud once and for all.

They were supposed to fight for the first time at the end of 2021, but Tommy refused to participate due to an injury he received at the end of training camp. They rescheduled it for August 2022, but the Fury camp was in trouble with the law when it came to traveling to the United States.

After that, Jake took aim at Anderson Silva and announced that he was leaving the feud with Tommy. Although the desire to see their fight remains strong among fans, and the Fury camp is ready for it.

The British reality TV star will return to the ring on November 13 against Paul Bamba and wants to fight Jake soon after. In fact, he says he will fight the YouTuber within 24 hours of the Bamba fight.

“I’m not interested in everything he does. If he wants to fight me, he knows where I am, that’s all. If he wants to do something about it, let’s do it and shake the dust off because it’s been going on for too long,” Tommy told DAZN when asked what he thinks of the Paul brothers.

“I’m here, honestly, just call me. My American stuff hasn’t been disassembled yet, so if he wants to fight, he’ll have to come here. I will fight him the day after Paul Bamba.”

Fury suggested Dubai and the UK as possible locations for the fight, but also noted that he would do it “anywhere” where Jake wants. However, the United States is clearly not involved in the discussion.

It remains to be seen if the pair will ever fight, but this time Jake is putting the onus on Camp Fury to take the financial hit. So, who knows.

SmackDown and Monday Night Raw from WWE are Changing the Commentator...