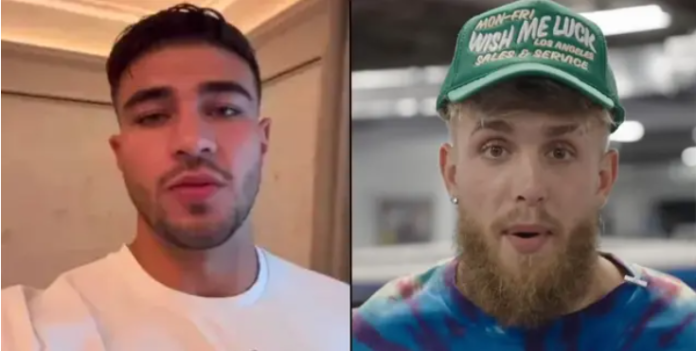 Tommy Fury’s promoter, Frank Warren, spoke about negotiations with Jake Paul after the YouTuber set a 7-day deadline for agreeing a contract for the fight.

At the moment, the rivalry between Jake Paul and Tommy Fury is well documented, as the YouTuber and the star of the British reality show have been fighting verbally for several years.

They agreed to fight on two different occasions, but both times Tommy’s problems prevented them from fighting. Firstly, it was an injury, because of which the fight did not take place, and then problems with the trip. However, the interest in the fight did not disappear as they continued to exchange words on social media.

On November 15, Jake agreed to fight Tommy again, stating that he would go to the UK for this. However, he set a deadline for Fury’s camp—November 22—for the contract to be written and eventually signed.

Well, Tommy’s promoter Frank Warren has now responded to these demands as a contract deadline looms due to a potential clash.

“It will probably happen at the end of February or March,” the boss of Queensberry Promotions told talkSPORT. “The reason it didn’t go [before], all the contracts were signed, was because of the problems he had with immigration to the US.

“We’ve all been through this. Jake is ready to come here, and we should make a deal in the next week or so.

Jake has already named Manchester and London as potential venues for the fight, and both arenas are available in the date range Warren is aiming for. Although, only time will tell if this will happen.