Home Entertainment Tomb Raider: The Live Experience Will Open In 2022; New Details And... 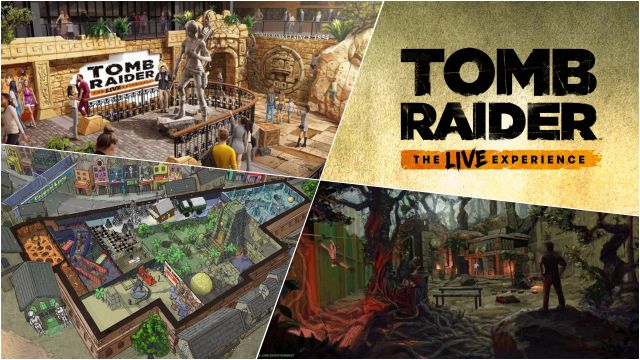 Tomb Raider: The English city of London will host this real experience based on Lara Croft, which can now be seen in images and its locations specified. Tomb Raider: The Live Experience will open its doors next year 2022 in London, England. With tickets already available for reservation at a price of 77 pounds (about 90 euros), this real experience based on the popular video game saga by Lara Croft will seek to immerse lovers of the explorer in environments that recreate scenarios seen in the works of her. We can already see new images of this kind of theme park.

According to Collider, Tomb Raider: The Live Experience will include the Croft Mansion, ancient tombs, sunken ships in the jungle of Costa Rica and much more. These conceptual arts serve to give us an idea of ​​what we can expect from the site, whose dimensions are currently unknown; but they point to a high degree of fidelity and with three-dimensional details.

For example, there will be climbing walls to climb, lianas to swing through and floors with obstacles to navigate. All these activities will favor the enjoyment and the feeling of feeling there, in the midst of the tests that have accompanied Lara Croft throughout a multitude of video games and film appointments.

Square Enix wants to exploit the Tomb Raider license to the fullest. Following the film reboot starring Alicia Vikander and the latest video games from Cyrstal Dynamics and Eidos Montreal, the character’s 25th anniversary will be celebrated in style sometime in 2022. The COVID-19 pandemic is hampering the development of Tomb Raider : The Live Experience, but if everything goes well it will be a matter of months until it finally opens its doors in the English city; Specifically in the Stables Market area, one of the most central and commercial areas in the heart of London.