Home Entertainment Tom Werner, Founder of FSG and Chairman of Liverpool, Says There Is... 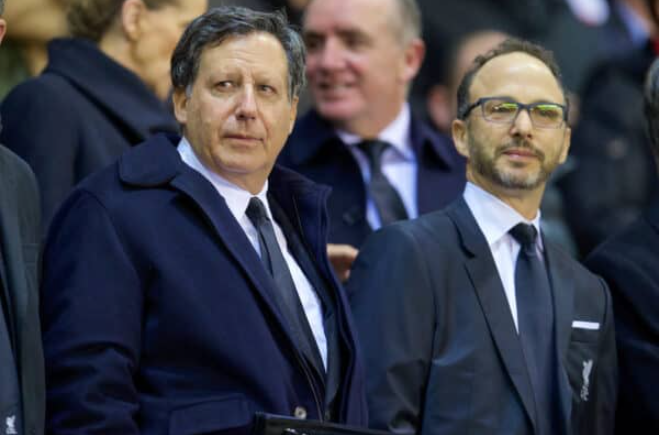 FSG founder Tom Werner, who is also chairman of Liverpool Football Club, insists there is “no urgency” despite the owners “exploring the possibility of a sale.”

Werner, along with John W. Henry, was part of a consortium that, after being purchased by the Boston Red Sox in 2001, eventually became known as Fenway Sports Group.

Liverpool’s owners since 2010, Henry, Werner and their partners, including FSG president Mike Gordon, are now looking for investment in the club and possibly a direct sale.

On Thursday, the Boston Globe published quotes from FSG partner Sam Kennedy, who said there was “great interest” in the club.

The same source belonging to Henry has now passed on information from Werner himself, who is the most famous figure commenting on the situation since the news broke on November 7.

“We are exploring the possibility of a sale, but there is no urgency or time frame for us, and as far as I understand, this is business as usual,” Werner told the Globe.

“One of the results may be our continued management for quite some time.”

This is confirmed by widespread reports about FSG’s plans for the sale, which claim that the group will stick to its valuation — more than 3 billion pounds — and will only do business with the right side.

Werner’s insistence that this is “business as usual” is encouraging when it comes to Liverpool’s medium-term prospects and, in particular, the transfer market.

Jurgen Klopp himself has outlined his belief that the lack of confidence that the club owns the club will not affect hiring, and now it seems to be confirmed.