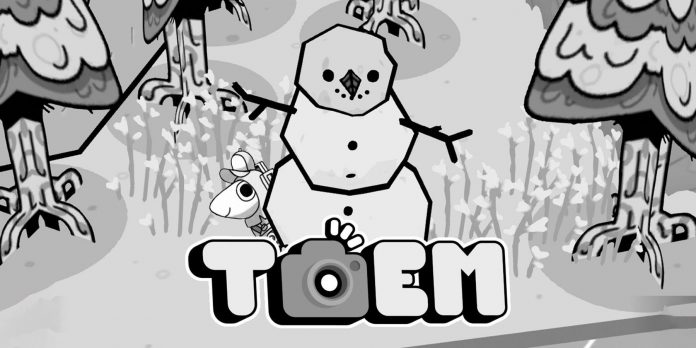 In Toem, a charming adventure game with a great art style, there are several areas that players will visit. In each area, completing each available quest will give the player a certain achievement. In Kuruberg, this is the “Ice Fighter” trophy.

Kiiruberg, in fact, is the last area of Toem where players will complete their last tasks for 100% completion. Here you need to complete 13 quests, but two of them will require a small return to previous locations. Of all the areas in the game, this one will require the most movement to get the achievement.

What could be better than ending Tom than going into space? This quest will be automatically received when players reach Kiiruberg for the first time. The description says: “Embark on a space adventure with a planet, an alien and your trusty space helmet!” All this will happen in and around the observatory. To get there, just climb three times from the bus stop. The helmet is in a gift box next to the observatory (it is at ground level, go left around the lowest ledge).

Put on a space helmet and enter the observatory. Tato Alien floats in the right part of the room. There are several models of planets hanging around the room. Using the selfie mode on the camera, take a picture that has the main character (in a space helmet), the alien Tato and any of the hanging planets. The correct photo will immediately complete the quest.

This quest will be automatically received when players reach Kiiruberg for the first time. The description says: “It’s time for the Yeti to get out of here!” Players need to find a wooden photo board with a yeti painted on it, and then take a selfie with it.

From the house of the balloon family, go once to the right to the platform at the foot of the lift. Interact with the board painted by the yeti to get behind it. Take out the camera and turn on the selfie mode, and then take a picture of the main character.

This quest can be taken in the same area as the “Listen to the Goat Choir” mentioned below. Talk to the old man standing between the house and the frozen lake, and he will tell you about the pleasant memory of a big snowball. While he’s telling the story, players will get climbing boots (put them on immediately). When he finishes, he will give the players a task to climb to the top of the block mountain to the right of the snowman.

With your climbing boots on, climb each chain until you reach the flag at the top. Take out the camera and look around to find a big snowball with all kinds of debris inside. Take a picture of the snowball and return it to the old man to complete the quest. As a reward, players will receive a fugue.

From the bus station, climb once to find the balloon family home where this quest will begin. There is a small party in front of the house with a door. Talk to the balloons and they will panic because of a strong gust of wind that took their son away. The player, of course, will need to find it and return it.

From the balloon family home, climb up once (this will require the climbing boots mentioned above) and once to the right (use the Honk attachment on the ice block to break it). After crossing the bridge, climb to the next ledge to find your son with a balloon. Interact with your Son. To help him, the player will tie him to his belt. Bring him back to his parents to complete the quest.

Listen to the goat choir

From the balloon family’s house, go left once to find the sign that will “launch” the Goat Choir. Interact with him, and when asked if you listen to the choir, choose “yes”. Sit on the bench as indicated, and the sign will come to the decisive conclusion that all the goats are gone. There are three of them in total, and all of them must be found by the players. When they are detected, look at them through the camera until the circle in the middle of the screen is filled, after which they will return to the choir.

The Umbrella Academy: Tom Hopper’s scene where he had to overeat