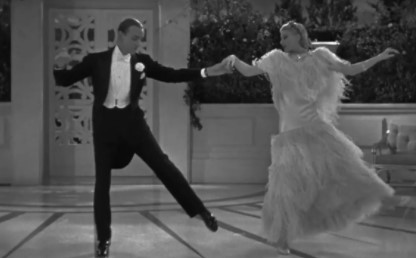 Holland will play one of the most important “Golden Age” film figures in Hollywood history.

It was only a matter of time before Hollywood, in its great taste for telling stories about its own history, began to develop a biographical film about Fred Astaire, a legendary figure of American cinema whose career spanned 76 years, remembered as one of the great exponents in musical cinema thanks to his skills as a dancer.

Astaire passed away in 1081 at the age of 88, and to this day he has a reputation that remains impeccable with fans of his work and film historians, maintaining a special relationship with artists such as Gene Kelly and Ginger Rogers. .

Despite being an actor who served as a great commercial hook to attract audiences due to his acting skills, Astaire never won a single Academy Award in his entire career, although he was nominated for the award in 1975 thanks to his work with “ The Towering Inferno ”.

Such an important figure in Hollywood history could not be left without his own biographical film, as reported by AP Entertainment after presenting a brief talk with Tom Holland, in charge of playing Peter Parker in the new MCU film “Spider-Man: No Way Home ”, being the same actor who confirmed his participation as the protagonist in this biographical film.

“I’m going to play Fred Astaire. The script arrived a week ago. I haven’t read it yet, they gave it to me. I know Amy Pascal has the script. We spoke recently on Face Time. I was in the shower and we had a lovely chat. But I’ll be playing Fred Astaire, ”Holland commented while promoting his new film in London.

Tom Holland is also awaiting the premiere of “Uncharted,” an adaptation of the acclaimed video game series that will hit theaters in February 2022. While his choice to play a legendary figure in musical cinema might seem strange For some, the truth is that his acting origins come from musical theater, receiving high praise for his work in the theatrical adaptation of “Billy Elliot.”

TXT: This will happen to you if you find Yeonjun on...

David Eigenberg talks about his role and career