Home Tech Tom Holland: “The most ambitious superhero movie ever” 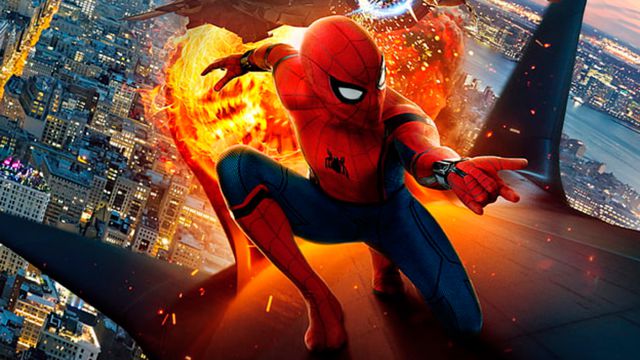 After the promise of the actor, the medium Variety has published an extensive interview with the interpreter of Peter Parker at the UCM about his new film.

As both actor Tom Holland and Variety recently promised, an extensive interview with the Peter Parker / Spider-Man interpreter has finally been published at the UCM about the third part of the arachnid saga at Marvel Studios, where he himself Holland has assured that “it is the most ambitious individual superhero film in history”; there is nothing. Of course, beyond a series of more or less predictable statements, nothing has been revealed about the plot or the final title of the film. No, this time Tom Holland has not missed anything.

Spider-Man 3 in theaters on December 17

So much so, that Holland has skillfully dodged any questions related to the latest rumors about the shoot, from the presence of the previous Spider-Man cinematic as part of a new Spiderverse to details about the plot: “I can tell it’s the movie. most ambitious individual superhero movie ever made… You sit down, read the script, see what they’re trying to do and they’re succeeding… It’s really impressive. I’ve never seen a superhero movie like this. And I have that little luck to be Spider-Man in it ”, assures the actor.

On the rumored presence of actors such as Tobey Maguire or Andrew Garfield or actress Kirsten Dunst, present in the two previous Spider-Man film sagas, Tom Holland has concealed very well by pretending to be surprised: “It catches me by surprise, I don’t know. If they are, they haven’t told me yet. I have never met Kirsten Dunst, only met Andrew once and met Tobey a couple of times at different parties in LA. But they seem to be lovely, very nice people, ”Holland continues.

The interview closes with the promise that the start of Spider-Man 3 will be sensational in relation to the end of Spider-Man: Far From Home and the famous cliffhanger in which the true identity of Spider-Man is discovered before all of New York: “Wait to see how we start in the third, you will be delighted,” concludes Tom Holland.

Bloodborne reimagined as a PS1 game