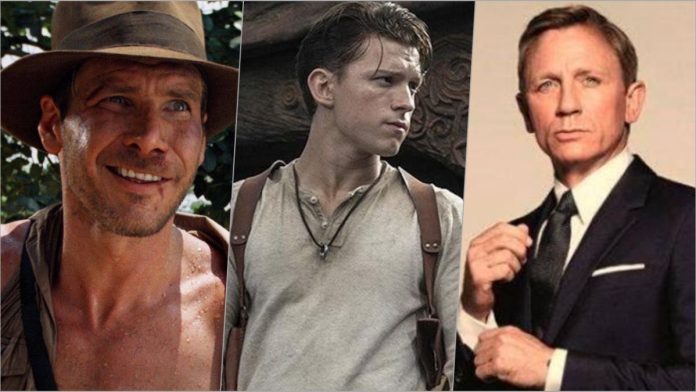 The actor who plays Nathan Drake in the Uncharted movie makes a comparison with other film productions. Premiere in 2022.

The Uncharted film is still far from its premiere, but little by little we are learning more details about what we can expect from the film adaptation of the famous Naughty Dog saga. The popular actor Tom Holland (Peter Parker; Spider-Man from the Marvel Universe), who will be in charge of playing Nathan Drake, has stated in the podast Little Gold Men (via Movieweb) that for him the film will be a mix between Indiana Jones and James Bond, an heir to that legacy.

“It was a much bigger challenge than he thought”

The 24-year-old Briton, the star of this live action produced by Sony Pictures, has been forceful in his description: “I think the easiest way to describe the film without disparaging it in any way is as if Indiana Jones and James Bond had a baby. , which would be Nathan Drake. This is how I keep describing the movie. ”

Movie Web recalls that Holland has previously expressed his interest in getting to play Bond in the future if the opportunity presents itself. For the moment, the wall-crawler of the Marvel Cinematic Universe will have to settle for playing one of the most media protagonists in the history of PlayStation and contemporary video games.

When it came to filming, Holland had a great time. “It has been an incredible experience,” he says. “It was a much bigger challenge than he thought. It’s a very, very different kind of license from what I’m used to… Playing Peter Parker is like he’s playing a version of myself; just a little younger, ”he adds. But to act like Nathan Drake is to act like someone he’s not that familiar with, “and obviously much older than me,” he says sincerely. “But as the process progressed, it was a lot of fun, I really enjoyed it; I took some takes that I am extremely proud of.