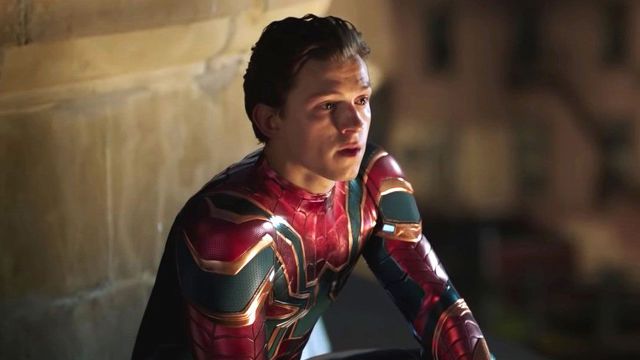 The actor assures that after the end of the filming of Spider-Man: No Way Home he has no contract with anyone but affirms that there will be no problems between Marvel and Sony.

After unveiling the final title of the new solo installment of Spider-Man in the UCM under the definitive name of Spider-Man: No Way Home, Tom Holland, the actor in charge of playing Peter Parker / Spidey at Marvel Studios, He has assured in a recent interview that after the filming that is taking place now in Atlanta, he does not have a contract with anyone and that he will take time off to go on vacation. Of course, he is also hopeful to continue with the character in the future and affirms that there will be no more problems between Marvel and Sony for the rights of Spider-Man in the cinema.

The actor wants to continue as Spider-Man

Thus, after chaining several consecutive shootings with The Devil All The Time, Chaos Walking, Cherry, Uncharted and now Spider-Man: No Way Home, the actor affirms that he has been going for too long without hardly any rest and that after filming the new movie From Marvel Studios, he is free, with no contract with anyone, for the moment: “I’m going to take a break and travel the world. It’s the first time since I signed that I don’t have a contract with someone. I may go skiing because it is something that I have not been allowed to do because it is obviously a dangerous sport, ”says the actor.

Of course, Tom Holland himself is totally open on his return as Spider-Man, a character for whom he feels great admiration: “I am very lucky to look young and to be able to continue playing this 17-year-old arachnid, and I’ll do as long as they accept me. If they want me to do 10 Spider-Man movies, you better think I’ll be there, ”he continues. And it is that despite the fact that the contract ends now (although apparently he would still have an appearance in another group film already signed), the actor hopes to return soon and that the problems between Marvel Studios and Sony of the past will not be repeated.

“The way I understand it is that the agreement between the two studios has already been produced. I don’t think they’re going to run into the same problems as when we got into… was it Spider-Man 2? Far From Home had been released and then the whole thing between Sony and Marvel happened. I think the two studies have solved it and I don’t think that will be a problem in the future, ”concludes Tom Holland.

TXT: MOA Makes Soobin Cry By Showing His Most Sensitive Side

Dragon Ball Super, Chapter 80: Date, Time And Where To Read...