Home Entertainment Tom Holland Doesn’t Look Like Spider-Man At 30 And Suggests A Miles... 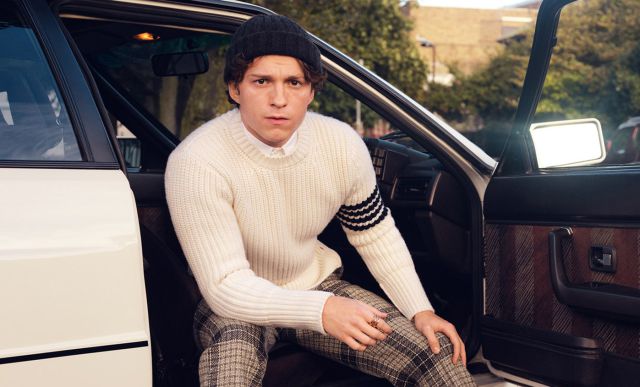 Tom Holland: The actor is sincere in an interview and believes that he should not continue as Spidey beyond 30; Furthermore, he believes that Sony should think about Miles Morales.
Tom Holland is one of the trendy actors; and it is that beyond co-starring in several films in recent years he is one of the most popular names in current blockbuster cinema. So much so, that recently we were able to enjoy the first trailer of the first film in the Uncharted saga playing Nathan Drake and will soon release his latest film as Marvel’s arachnid superhero with Spider-Man: No Way Home after several years playing the character. But how long will Tom Holland be Spider-Man? The actor seems to have it clear at 25 years of age.

The future of Spider-Man and Miles Morales in the cinema

The actor has been sincere in a recent interview with GQ magazine, where he has commented that he does not see himself playing Spider-Man beyond 30 years, since apparently he does not have much interest in exploring another Peter Parker. mature. Recall that he has so far shown the youngest version of Spidey in the UCM, although the passing of the years is also noticeable in the way he interprets the character.

“Maybe it’s time to move on. Maybe the best thing for Spider-Man is that they make a Miles Morales movie. I have to take into account Peter Parker as well, because he is an important part of my life … If I play Spider-Man after 30 years, I have done something ”, says the actor. And we remember that Holland has been Spider-Man in the cinema for 6 years since his sounded debut in 2016 in Captain America: Civil War.

Despite this, Sony Pictures is still very interested in Holland continuing with the role as long as possible; so much so, that his idea from the beginning was to explore Peter Parker’s life over the years, from his youth to his maturity. Sony’s Amy Pascal is clear: “I’ve talked to him about making, like 100 more. I’m never going to make Spider-Man movies without him. ”

At the moment not even Holland himself knows if he will continue as Spider-Man in the MCU for possible new films, although everything indicates that, at the very least, he will have a new trilogy and participation in other crossover films.