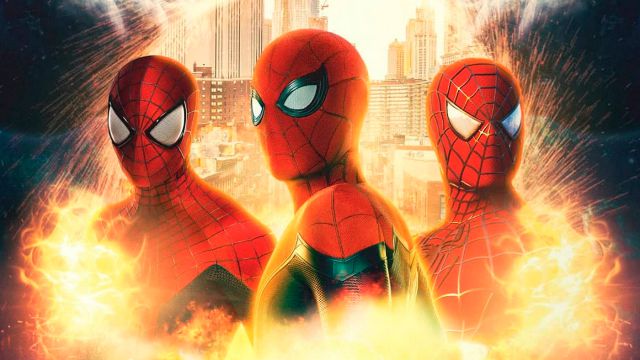 The famous actor who plays Peter Parker in the UCM assures that these actors are not part of the filming and that he still does not know what the film is about.

The intense rumors about the presence of both Tobey Maguire and Andrew Garfield (the previous cinematic Spider-Man), as well as other characters from the arachnid past in the Marvel Studios film Spider-Man 3, have made numerous headlines in recent weeks. . Now, and thanks to a new and extensive interview by the Esquire medium with Tom Holland, the current Peter Parker of the MCU, we know that the actor knows nothing about Tobey and Andrew on the set; or so Tom assures.

So much so, that Holland emphatically assures that neither Tobey Maguire nor Andrew Garfield are present on the set and that the rumors that place both Spider-Man of the past in the current UCM are totally false: “No, no, no will appear in this movie. Unless the most important information has been kept from me, but I think it’s too big a secret to be kept from me. But for now, no. It will be a continuation of the Spider-Man movies we’ve been making. ”

On the other hand, the actor assures that he has no idea of ​​the film’s plot, although in past statements Tom Holland himself assured that Spider-Man 3 was crazy at the script level: “Honestly, I have no idea what this is about. film and I’ve been shooting for eight weeks now, ”says Tom Holland.

As a curiosity, Tom Holland himself confirms that during his scenes as Peter Parker for Spider-Man 3 they suggested that he wear a wig on the sides of his hair, since he still maintains the most current hairstyle of Nathan Drake from the Uncharted movie, filming that it ended just before starting Spider-Man 3; it finally didn’t happen.

“My hair in Uncharted is way cooler. My sides are shaved and my hair is slicked back, and that’s not very Peter Parker. He’s a bit of a loser. So they put this wig on me, which was only for the sides. However, he ultimately refused: “For the first time in my life, I stood firm as the lead actor and said, ‘I’m not wearing that wig. I’m going to have shorter hair and you’re going to have to deal with it, ‘”the actor concludes.