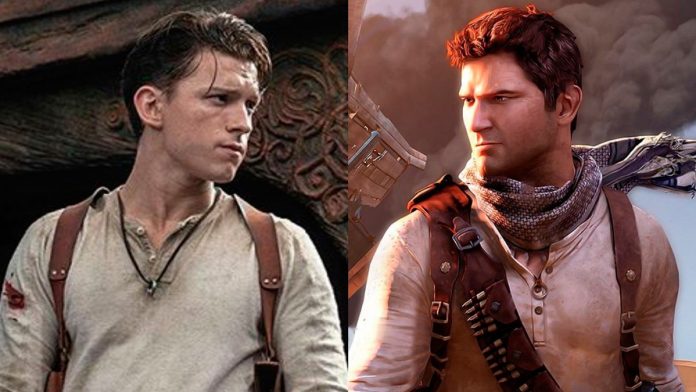 The famous actor who will play Nathan Drake in the cinema comments on various aspects of his role as the protagonist of the Uncharted video game saga.

Of course, the production of the Uncharted movie has not been a bed of roses, precisely. And it is that the continuous dance of directors and actors to interpret the good of Nate, has been added this past year the global crisis of the coronavirus that, like so many other filming, forced to stop its production due to confinement situations and health emergency for retake it at the end of the year. Now, with the film already shot and in post-production waiting for its theatrical release on February 11, 2022, its protagonist, Tom Holland, has claimed to have doubts about the interpretation of him as Nathan Drake.

“My character is a fucking action hero!”

Thus, and through a generous interview with the GQ medium, the British actor has acknowledged having doubts about some aspects of his work as Nathan Drake, especially in the way of approaching his personality in front of the camera: “When you start to worry about ‘ Did I do well in this take? ‘, Acting becomes something other than playing a character. I think there are parts of my performance in Uncharted where I fall under that spell of ‘now I want to look good. I want this to be my cool moment. ‘ He had to play this tough, impassive guy – basically being Mark Wahlberg. My character is supposed to be a fucking action hero right now! ”Holland exclaims.

Still, these statements seem to contradict Drake’s true personality, far from that of a perfect action hero; And it is that all those who have played the Naughty Dog video game saga, will easily identify Nate as a kind and clumsy character who faces situations of action and danger as best he can, despite his demonstrated skills with firearms. and the most popcorn stunts.

“Look, I haven’t seen her, so I don’t know if I’ve done it right. But it has been an important lesson because sometimes it was less about ‘fall in that position and get on with the scene’ and more about ‘fall in that position, stay that way so your biceps are marked.’ It was a mistake and it is something that I will never do again, ”says the actor about his role as Nathan Drake in the upcoming film adaptation of Uncharted.

The Kidnapper Show! Suga From BTS Looks Gorgeous in The New...

Snowy Mountain: Who are the survivors Matt Tate and Joel Graves