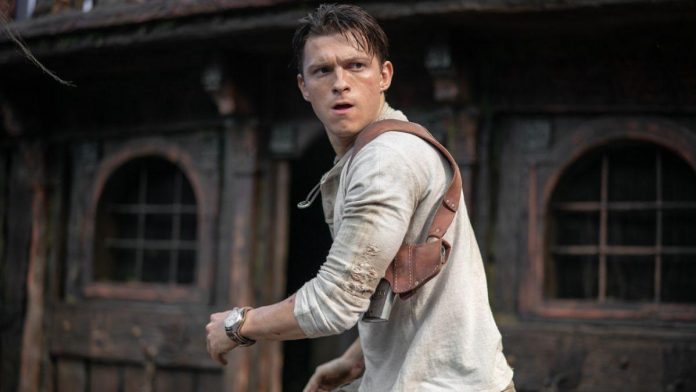 Thanos snapped his fingers again? Or did Dr. Strange cast another controversial spell? One would think so, given that Spider-Man actor Tom Holland is missing. again from the social media dimension for almost two months. Sure, Holland is notoriously closeted, and also has a busy schedule outside of the Marvel Cinematic universe these days, but what’s going on? The 26-year-old addressed his recent absence in a self-proclaimed brief return to Instagram, where he shared candid thoughts about mental health.

On his social media account, Tom Holland posted a short video shedding light on one of the charities sponsored by his family’s fundraising fund, the Brothers Trust. The charity itself is called Stem4 here and is primarily engaged in supporting the positive mental health of adolescents. Holland prefaced the clip by explaining that his disappearance online was not only intentional, but also necessary because of how constant scrolling affects him personally. He said partially:

I took a break from social media for my mental health because I think Instagram and Twitter are overly stimulating, overwhelming. It captures me, and I get twisted when I read something about me on the Internet. And ultimately, it’s very harmful to my mental state, so I decided to take a step back and delete the app.

Just not forever. The vulnerability of the Chaos Walking star was met with great love in the comments. Everyone from fans to JWoww Jersey Shore alumni and Tom Holland’s alleged ex-girlfriend Imogen Leaver reacted with supportive emojis. Meanwhile, pop star Justin Bieber, who himself openly talked about his mental health problems, responded to the post by saying, “Love you, dude.”

In the clip, Tom Holland talks in detail about Stem4 conferences and various applications that help those who suffer from anxiety, stress, depression or thoughts of self-harm. Apparently, he even uses these apps himself, adding that he is well aware of the existence of a “terrible stigma” regarding mental health, and asks for help. But he said that his foundation supports this charity because it is a “fantastic” resource in this area.

During his social media hiatus, the former superhero has since turned in his Spider costume to pursue other projects related to this particular mental health topic. He is currently filming the first season of the upcoming Apple TV+ anthology series called Crowded Room in New York. Based on creator/writer Akiva Goldsman’s own life and partly inspired by a 1980s nonfiction novel, the series tells the stories of people who have successfully lived with debilitating mental illness, with an MCU graduate playing a character named Danny Sullivan. He was also joined by Amanda Seyfried, Emmy Rossum and Jason Isaacs.

When he is not busy filming, Tom Holland flies to Budapest, where his girlfriend Zendaya, an Emmy Award winner, is filming the sequel to “Dune”. Alas, however, Holland sought to avoid the Kylie Jenner jet controversy entirely by actually flying for commercial purposes.

In truth, the producer of the films “Spider-Man: No Way Home” had noticeable concerns about Tom Holland and Zendaya becoming a couple. But the two were apparently able to prove the Hollywood naysayers wrong, as they have reportedly been dating for five years, and apparently their relationship (mostly) outside of social media helped them do just that. However, they are known to share some brief details about their romance, as evidenced by a cute photo on Holland’s birthday last June.

At the end of his last post about mental health, Tom Holland joked that he was now going to “disappear from Instagram.” So we probably won’t see him online again for at least a few months. And until he returns, fans can watch his latest movie Uncharted, which is currently streaming on Netflix and elsewhere, and find out what else is left in the movie schedule for 2022.

For readers who are also struggling with mental health issues such as anxiety or depression, you can get free support by sending a CONNECT text message to the Crisis Text Line at 741741 or by finding additional resources at NAMI and its hotline.