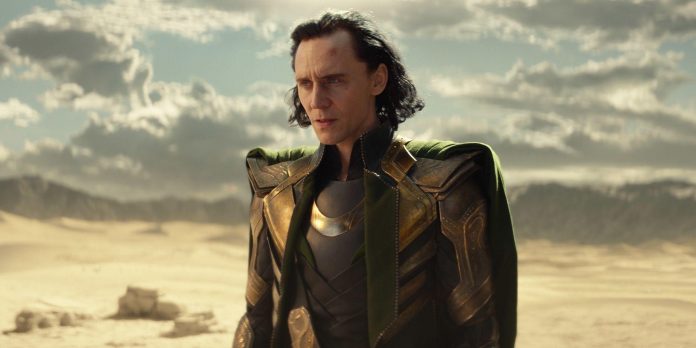 Tom Hiddleston gave some insight into the last day of filming the first season of Loki. The premiere of the first season of Loki took place on June 9 on Disney+, and its screening ended on July 14, when the Jonathan Majors film “The One Who Stays” was shown, which pulls the strings of the Time Change Control. Marvel announced the second season of “Loki” during the final scene in the middle of the credits, and production of the second season recently began in the United Kingdom, and Hiddleston and Owen Wilson were recently spotted on set.

However, the production of the first season of the series “Loki” began a month before the COVID-19 pandemic led to the cessation of production of films and TV series indefinitely. After the resumption of filming of most productions, the studios took security measures to prevent the spread of the virus among the actors and crew, which meant that everyone had to be in their own separate bubble. Among the problems associated with COVID, the first season of Loki was positively received by fans and critics, who called it one of the best projects of the fourth phase to date.

In an interview with Gentleman’s Journal, Hiddleston recalled not only the difficulties of filming a large-scale series during the COVID-19 pandemic, but also expressed relief after doing the impossible when it was over. He also mentioned that the shooting during the pandemic made it possible to establish contact with people after five months of isolation, and there is no end in sight. The actor was also grateful to the support team that supported each other during the pandemic, which, according to him, made the shooting special:

On the last day of filming the first season of “Loki”, after the very last frame, we all stood in a circle without instructions — there was nowhere to go, the job was done, and clapped. It is difficult to describe the feeling of relief, gratitude that we felt for each other, for each member of our cast and crew. Filming was interrupted by the start of the Covid-19 pandemic for one—third of our planned schedule — we closed for five months – and we resumed after that first break to resume exactly where we left off and finish filming. history.

For the next twelve weeks, everyone who worked on Loki was in an isolated bubble. And the end of these last months was the only human contact for most of us at that time. On that last day, we survived the pandemic and told our story before any vaccine against Covid-19 became available, and with a company, actors and crew who, in my experience, supported each other with spirit, care and kindness that I had never seen before. “Whatever happened to this series,” I thought, “whatever way it went, its creation made sense.” Doing makes sense.”

“Loki” was one of many productions halted due to the lingering effects of the COVID-19 pandemic. It’s nice to hear from Hiddleston that all the members of the crew supported themselves during such a difficult time and stood up to create a great series amid the problems that COVID brought upon them. The pandemic changed the way films and TV programs were made, and Hiddleston’s memories of this experience showed that it was not easy. However, after finishing the series and knowing how good it’s going to be, it’s quite justifiable to hear Hiddleston say that filming was significant as several industries resumed work when Loki started filming again.

The 2nd season of “Loki” is also filmed during the pandemic, but in most films and TV series, COVID mitigation measures have been canceled and they have returned to normal. What makes Hiddleston’s experience in the first season of the series “Loki” especially significant is how he (and the entire crew) created high-quality series during one of the most stressful periods in human history. When the filming of films and TV projects began again, there was great uncertainty about the safety of the actors and crew, as Hollywood wondered if they would be able to shoot these projects without incident. Tom Hiddleston and the rest of the cast and crew of “Loki” not only did the impossible during filming during the pandemic, but also put on a great show.