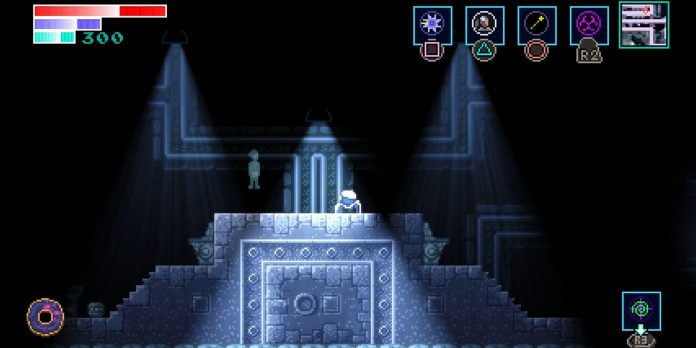 After an exclusive release for PlayStation 4 and Epic Games Store last summer, Axiom Verge 2 has recently been released on Steam and PS5. The indie franchise Metroidvania, created by solo developer Thomas Happ, is dedicated to nanotechnology, interdimensional travel, transhumanism and other dizzying topics, while providing a clear and complex platformer.

Metroidvania, whether it’s AAA 3D releases or 2D platformers, has established itself as a format that is pleasant to the public, and the original Axiom Verge differed from its competitors with a reliable update system and a complex sci-fi narrative. Game Rant talked to Happ about the Axiom Verge franchise, including his philosophy of developing a sequel, the possibility of adapting the game to various genres or media formats, and other plans for the future.

Happ had little to say about how the development of the original Axiom Verge influenced his sequel, but the philosophy behind his approach to development is still interesting.

“There were a lot of little lessons, like how much time I spent designing things that didn’t really matter in the end. Mostly I just wanted to do new things so I wouldn’t feel like a chore.”

As with all creative endeavors, hindsight is 20/20, and some efforts in retrospect seem ineffective or unnecessary. But by taking on new challenges — such as gameplay that avoids shooting in favor of hand—to-hand combat, and a hacking system that ambitiously expands the mechanics of the original’s failures – the development work becomes less tedious. It also helps to ensure that the sequel will have its own identity, which is crucial in the indie metroidvania genre, which is becoming increasingly competitive.

Hupp also mentioned that he regrets trying to make some aspects of mechanics data-driven due to the complex nature of debugging such systems. With two Axiom Verge games under his belt and a lot of unanswered questions, it will be interesting to see how Hupp will take the franchise in the future and what form it will take.

Happ is in no hurry to rethink Axiom Verge in a different format, although he has considered several other genres of gameplay for the universe, including “run and shoot” shooters or a strategy game. And he’s open to the idea of streaming an adaptation of his sci-fi opus.

“If someone from Netflix, HBO or whatever wanted to make a sci-fi show based on [Axiom Verge], I could think about it, because hopefully it wouldn’t mean that I need to stop making games for that to happen. ”

One of the biggest problems faced by creators when adapting material to a new environment is the time required. Developing a successful adaptation entails learning skills related to a new environment and addressing unexplored aspects of the universe, which may require full-time employment. But by handing over the reins to a larger creative entity, Happ could continue to pursue his passion for game development, as well as his current direction: taking care of his son.

What the future holds

Thomas Happ wrote about his son Alastair on his personal blog and about the unique challenges they face. Alastair suffers from a rare brain dysfunction known as Nuclear Jaundice. Although his mind is fully functional, his motor control is severely impaired, and tasks that most people take for granted, such as movement and conversation, are extremely difficult. Even with the help of auxiliary functions and other resources for gamers with disabilities, Happ doubts that his son will ever be able to play games like Axiom Verge, which require quick reflexes and dexterous button presses.

Although Happ wants to continue developing games in the future, his main goal is to create a safety net that will support Alastair throughout his life. Consequently, Hupp is working on software like AAC (Augmentative and Alternative Communication) to help his son communicate. With luck, Happ will be able to fully provide for his son and will soon return to his passion.