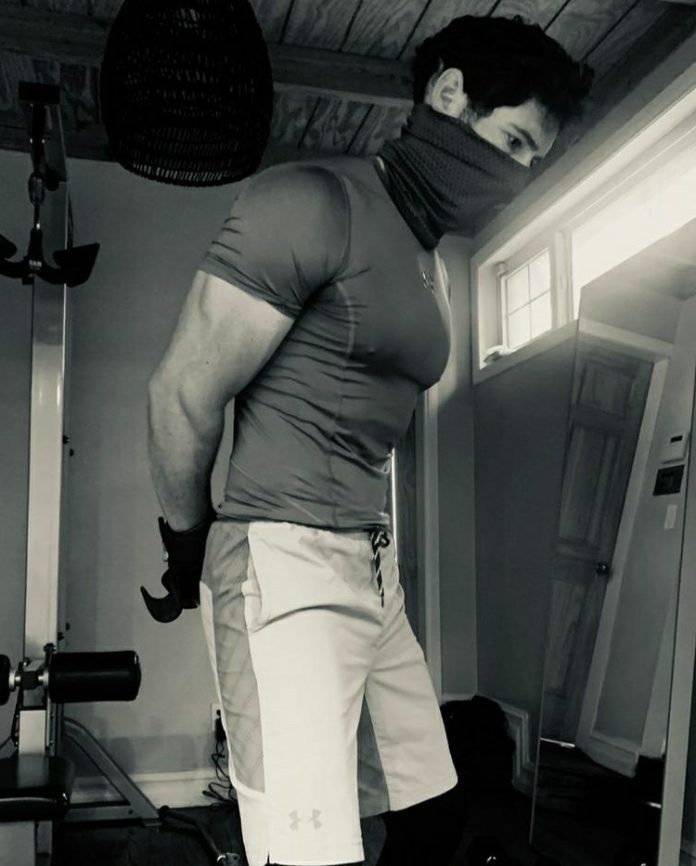 Tom Ellis has taken to his Instagram stories to share a tantalizing preview of his fitness regimen for his time as the crime-solving devil, Lucifer Morningstar.

It may take some time before the latest Lucifer episodes are finally released on Netflix, but the new look was more than enough to keep some fans happy in the meantime.

Lucifer star Tom Ellis has confirmed that he is returning to his exercise regimen in his latest Instagram story and the new heavy bicep look caused a stir among the fanbase on social media.

Many viewers were also hopeful that the star’s revived workout plan meant there could be more shirtless scenes to keep fans tuned in to the final eighteen episodes of Lucifer.

Lucifer’s Tom Ellis also made sure to wear a protective face mask during his recent gym session, in accordance with current rules for film and television production during the pandemic.

While the Lucifer star certainly maintained a healthy shape throughout the series ‘original three seasons on Fox, Tom Ellis’ muscle mass saw a noticeable improvement at the beginning of season four.

Season five also featured some long-awaited sex scenes between Lucifer and the love of his life, Chloe Decker (Lauren German), that viewers have been waiting for since the season four finale.

Additionally, fans were incredibly blown away by a rare glimpse of Tom Ellis’s butt when he appeared in a dual role as Lucifer’s evil twin brother Michael in the last few episodes.

See Also
Will Lucifer and Amenadiel fight for God's return?

Nabilla cropped by fans for 8 years of love with Thomas!