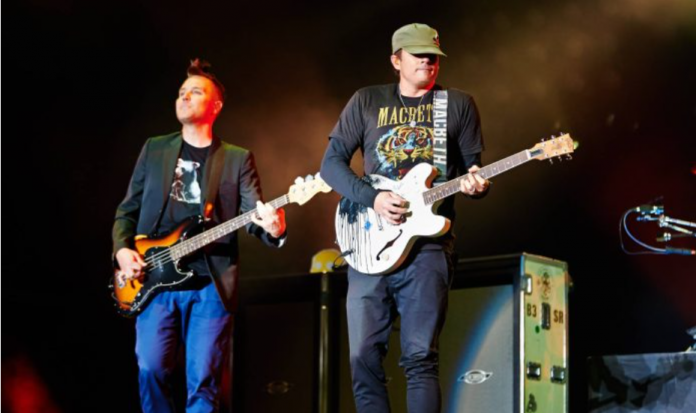 Tom DeLong shared his reaction to the news about the reunion of Blink-182 for a big world tour and new music.

The news announced earlier today (October 11) was spread through an ironic video that confirmed that the band will return with the classic line-up of DeLong, Mark Hoppus and Travis Barker.

In his Instagram DeLong wrote: “What if I told you that we just recorded the best album of our career,” accompanied by a photo from the band’s early years.

Blink-182’s new single “Edging” is due out on Friday (October 14), and this is the first time in a decade that the trio is in the studio together (pre-save/pre-add here). A new full-length studio album is also in development, although details have not yet been disclosed.

Delong and Hoppus founded Blink-182 in 1992, and announced an indefinite hiatus in 2005. In 2011, they reunited to release “Neighborhoods” and continued touring before Delong left the band in early 2015.

Back in July, Matt Skiba said he didn’t know if he was still part of Blink-182. The vocalist of the Alkaline Trio joined the band in 2015 as a replacement for DeLong, who left to “change the world for his children.”

DeLong then hinted that he was back in the band this summer, before Hoppus said the original trio is “in a really great place right now.”

Blink 182’s latest album, “Nine”, was released in 2019. It was the second recording featuring Matt Skiba after 2016’s “California”. The last Blink project Tom Delong participated in was the 2012 EP “Dogs Eating Dogs”.

In addition to the music news, the band announced their biggest tour to date with confirmed concerts in the UK, Europe, North America, Australia and New Zealand, as well as their first performances in Latin America.

Tickets will go on sale at 10:00 local time next Monday (October 17). You can purchase them here (UK) and here (North America).

Jason Momoa admits that he starred in films that really sucked....