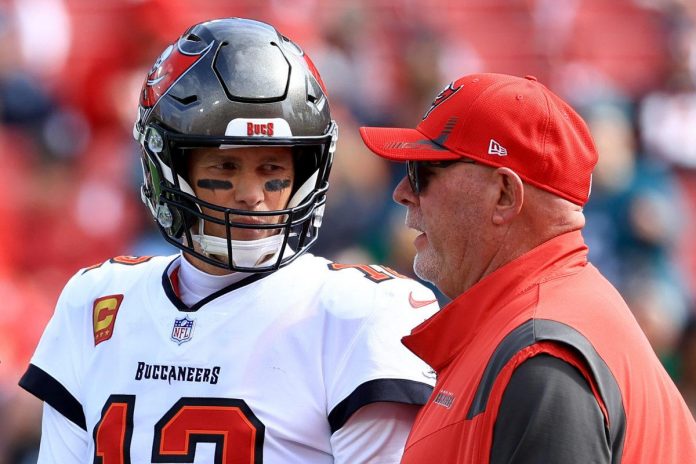 Mike Florio from Pro Football Talk was the first to report on the strained relationship between them. He argued that the Arians would change the game plans created by Brady and offensive coordinator Byron Leftwich.

So is Florio’s report correct? According to Tom Brady’s latest comments, the answer is an emphatic no.

“Nothing like that,” Brady said when asked if the rumors were true. “He and I have a great relationship, and that was one of the reasons I chose to be here, because of Bruce.”

Earlier this offseason, Arians also made it clear that he and Brady have a great relationship.

“People love to talk about it,” Arians said on “The Cook and Joe Show” on 93.7 The Fan in Pittsburgh. “Tom is fantastic. He’s one of those guys who wants to get all the answers before he goes on the field. You will leave no stone unturned from his preparation. He comes to training like a little 12-year-old. He has a big smile on his face. He’s joking. He competes without a break.”

Both Arians and Brady claim that their relationship is strong. Who are we to doubt this?

Phil Mickelson is Reportedly Making a Decision on the Future of...