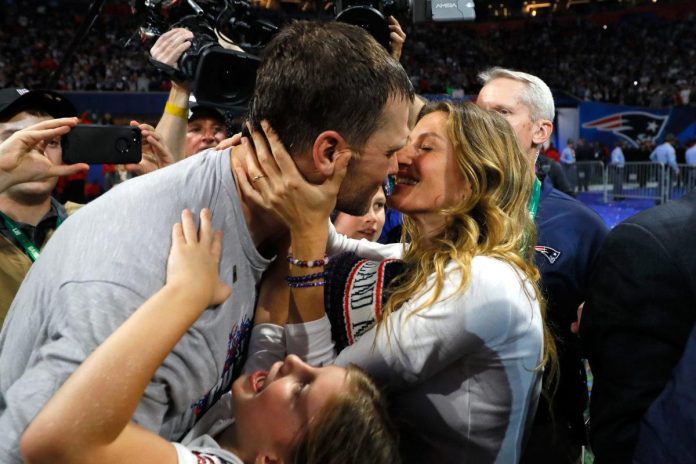 On Thursday afternoon, the New York Post reported that Tom Brady and Gisele Bundchen are not best friends right now.

Well, at least Giselle isn’t too happy with Tom, as the report says. “Tom and Giselle are at loggerheads right now,” a source told Page Six earlier this week.

According to the report, Gisele is unhappy with Brady’s decision to come out of retirement a little more than a month after announcing this departure.

Perhaps this shouldn’t be too shocking, given what Brady admitted last year. The seven-time Super Bowl champion admitted that lately it has been difficult for him to combine family life and a career in the NFL.

“But this is a problem, and it’s very difficult to solve this problem without simply saying, “Hey, it’s time to retire.” I want to skip everything related to kids,” Brady told his co—hosts, Larry Fitzgerald and Jim Gray, last fall.

“I think my wife, you know, has been keeping the house under control for a long time, and I think there are things she wants to accomplish. You know, she hasn’t worked that hard for the last 10-12 years, just raising our family and kind of aspiring to live in Boston and then moving to Florida.”

Obviously, there are some issues the pair are working on as Brady’s NFL career comes to naught.

Maybe this should be his last season in the league.