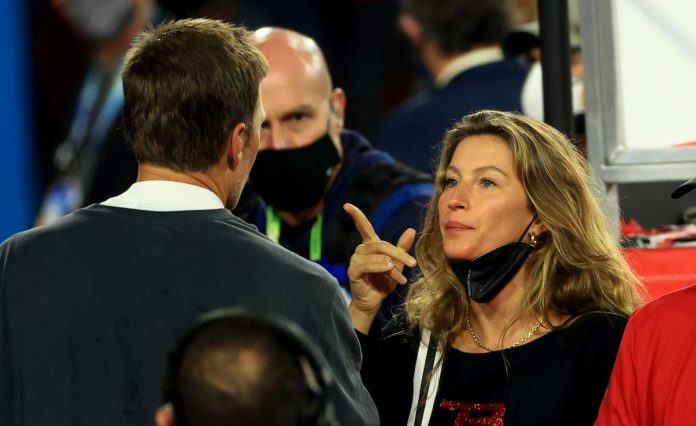 Brady explained his absence by saying that “a lot of shit is going on,” but offered nothing more.

“It’s all personal… everyone has different situations they face. We all have really unique challenges in our lives,” he said. “I’m 45 years old, man. There’s a lot of shit going on.”

Well, according to the New York Post, Brady’s marriage to Gisele Bundchen has had problems. According to the report, Giselle was unhappy with Brady’s decision to come out of retirement after just over a month.

“Tom and Giselle are at loggerheads right now,” a source told Page Six, adding that this has happened to the couple before, but they have always reunited in the past.

… A second source said: “There were problems in the marriage because of his decision not to retire. Giselle has always been with the children.

“They agreed that he would retire to focus on his family, but then he changed his mind.”

The insider added: “They have a fiery relationship. Giselle is a little hot—tempered-she has this Brazilian heat in her!”

This is not the first time there have been rumors about Giselle’s dissatisfaction with Brady continuing his career in the NFL. However, it seems a little different considering the fact that Brady has retired-at least not for long.

It looks like this will be Brady’s last season in the NFL.