Home Entertainment Tolkien’s Most Obscure Story is Actually His Best 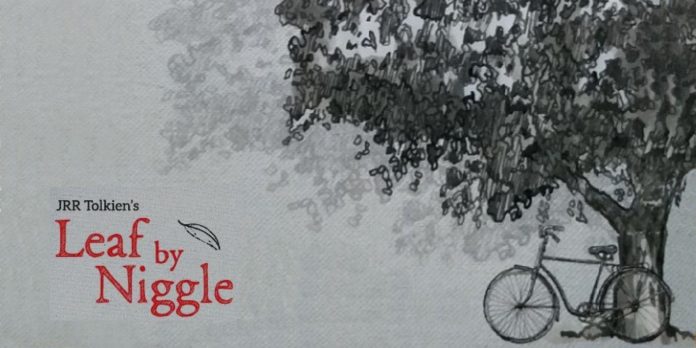 J. R. R. Tolkien’s works have been loved by many for decades. Their inspiring messages about love and loyalty, that people and peace are valued above war and gold, and that one should never give up the desire to make the world a better place, even when it seems that all hope is lost, resonate with generation after generation of readers. Peter Jackson’s film adaptation of both The Hobbit trilogy and The Lord of the Rings trilogy is known all over the world, and new versions of Tolkien’s works (namely The Silmarillion) are due to be released in the next few months (in the form of the Power Ring). it is clear that his works are still alive and far from disappearing in memory.

Tolkien has one special story, short and modest, which is often forgotten among his large-scale epics set in the world of Middle-earth. However, for those who know about it and have read it, it is actually one of his richest and most beautiful works, perhaps with one of the best themes and lessons in all his books.

“Niggle’s Leaf” is a short story published by Tolkien in 1945, between “The Hobbit” and the first book “The Lord of the Rings”. This is an outstanding work, very different from Tolkien’s other works. The writer himself said in a letter to his friend Stanley Unwin:

“This story was the only thing I’ve ever done that cost me absolutely no effort. I usually compose only with great difficulty and endless rewriting. […] It only took a few hours to get down and then copy.”

This is definitely unusual for Tolkien, who is known for carefully creating and sculpting each individual character, language, culture and history for decades. And the suddenness of his appearance in Tolkien’s mind is not the only thing that distinguishes this narrative from many of his other works. The story focuses on the thoughts, experiences and journey of one protagonist, rather than a group of comrades or camaraderie, as in most of the long works for which he is known. Moreover, he is very introspective, reflecting most of Tolkien’s own thoughts and hardships as a creator.

However, it is not the uniqueness of the style that makes this little-known Tolkien story such a rare and amazing treasure. Rather, the depth of the moral messages underlying it makes it special. Ultimately, “Leaf by Niggle” is about life and death, as well as the journey that all people have to go through in order to find satisfaction with the time they have in this world. It’s about learning to see value in yourself, in a world where value is measured in all the wrong things. It’s a story of recognition that happiness can be fleeting and fragile, and that people should grab onto it when it finds them. It’s about the importance of making the most of the little things that bring people everyday joys, and trusting the journey that leads them, even if it’s not the journey they expected or were preparing for.

This is summed up by the artist Niggle when he discovers that the landscape that he and his neighbor Parish cultivated is not exactly what he imagined it to be, just as life sometimes turns out not to be like this: “Everything could have been different.” There is a deep sense of consolation in this story, the belief that even when things take a difficult and unexpected turn, life slowly leads the reader along the path they always had in mind. find them and bring them exactly where they should have been all this time.

But for a Niggle, a full and meaningful life is to dream, do and be. From the very beginning of the story, Niggle has a painting he wants to finish, and leaf by leaf it grows into a tree on the canvas while he painstakingly builds it. Nevertheless, all this time he is constantly interrupted by neighbors, illnesses and the limitations of others who cannot see his visions. In a story reflecting Tolkien’s own difficulties as a writer and a man trying to whimsically weave something perfect in an imperfect and biased world, Niggle learns that his love and his art can go beyond his canvas. He learns that he can invest his passion in landscapes, in the help he gives to his neighbors, and in how he loves everything around him.

His journey is deep, it takes him through what many readers consider a kind of afterlife, through purgatory and, eventually, to heaven. This leaves the reader with the same feeling as Bilbo in The Hobbit, when he is ready to rush out the door in search of adventure to live a full life while this precious gift is in their hands.

“Even a little Niggle in his old house saw mountains far away, and they fell within the boundaries of his picture, but what they really are and what lies behind them, only those who climbed them can tell.”

WarioWare: Get it Together! Receive Free Demo On Nintendo Switch