Internet users seem to persuade that Tokyo is not the narrator La Casa de Papel for nothing! For them, she will be the only survivor!

Fans of Casa de Papel are impatiently waiting for season 5… In the meantime, they make completely crazy assumptions about the character of Tokyo…

It’s official, season 5 of Casa de Papel will see the light of day on Netflix! It must be said that the intrigue is far from over … Indeed, season 4 stopped in the middle of the mess … What to wonder if they will manage to emerge unscathed!

In fact, since the release of season 4, fans have been making all kinds of assumptions about season 5! Indeed, they even imagine that Tokyo could be the only survivor of the robbery!

If this hypothesis may seem out of nowhere … It must be remembered that Tokyo (Ursula Corbero) narrates the Casa De Papel since the first episode of season 1 … A choice that was therefore probably not made at random! 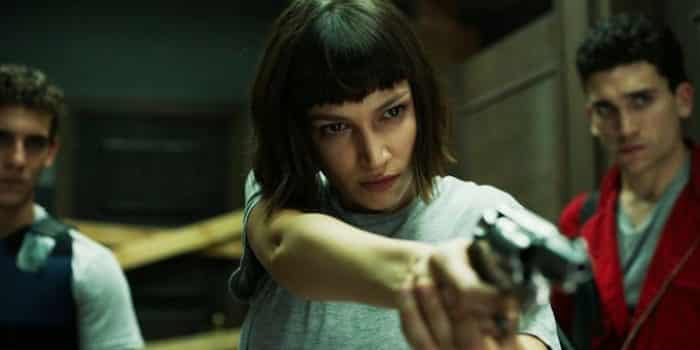 On Reddit, fans of the series have therefore come together to deliver their interpretations! Thus, the Internet users “Itsliza24” seemed convinced of one thing … Tokyo will be the only survivor of all the characters in Casa de Papel!

Here is the theory of the surfer in question! : “According to popular theory, all the characters will die in one way or another, leaving Tokyo alone capable of telling the story! “Indeed, Tokyo has been the narrator of the series from the start … Without anyone knowing why!

Itsliza24 also adds. “While watching a Youtube video, I came across a comment that I find interesting. This person indicated that Tokyo was telling the story to Nairobi’s son. This idea seems GREAT! ”

Thus, Tokyo and the son of Nairobi could therefore have a link in the episodes of season 5, again according to this internet user! It only remains to wait to find out what season 5 of Casa de Papel really has in store for us! Case to follow!