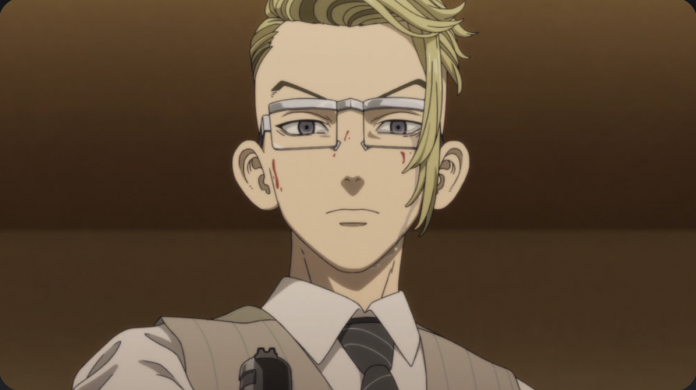 This weekend the Tokyo Revengers anime ended with its episode 24. Many revelations occurred during it, to the extent that the credits were completely removed. Action was preferred to be given priority.

It was undoubtedly the best, since not only the past of the series was shown but the future. At least one of those obtained by Takemichi Hanegaki, who with so many comings and goings altered time. But talking about it is …

It seems like things have turned out great for Takemichi. Due to Baji’s death he was promoted to be one of the commanders of the Toman, which now includes members of the Valhalla gang.

After tearfully accepting the position, he returns to his present, only to discover that much has changed. He now he is one of the members of the high command of this organization, which expanded and is part of the Japanese underworld.

Despite the above, it seems that everything is going well for the protagonist of Tokyo Revengers. Until Tetta Kisaki enters the scene. Despite the changes that Takemichi Hanegaki brought about, that did not prevent him from reaching the top of the Toman.

However, when facing the latter along with Chifuyu Matsuno he gave the impression of admitting the grave faults he committed, and even seems remorseful. But everything is a lie! So he makes them fall into a trap.

After putting Takemichi and Chifuyu to sleep with a narcotic in their drinks, he imprisons them. He accuses both of having betrayed the Toman. He shoots him in the leg, torturing him mercilessly. Chifuyu tries to take all the blame to save the commander from him, but is killed with another shot.

It is afterwards that Kisaki addresses Takemichi, saying several somewhat puzzling things to him. She takes aim at him and then a shot sounds.

Has the protagonist died? It is to be imagined that this is not the case. But to find out we will have to wait until the second season, which has not been announced yet. No one knows when that revelation will arrive.

The fact is that the outcome has all the taste of a cliffhanger, a ‘suspenseful ending’ that leaves the audience waiting for more. You have to be patient. By the way, Mikey is missing and Draken dead. Everything is a mystery.