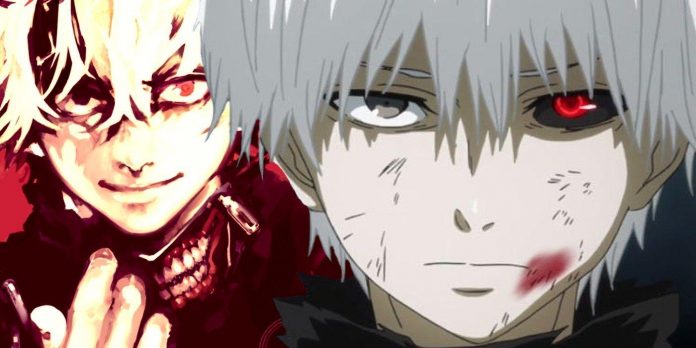 While the Tokyo Ghoul anime started well with the first season, the second season was received much less enthusiastically, with some serious deviations from the manga weakening the story. One of the most significant differences between the manga and the second season is how they relate to the development of the characters Hida and Kaneki throughout the series.

The action of the dark fantasy series takes place in Tokyo, where mysterious “ghouls”-cannibals merge with society as people. In this alternate reality, there is a constant battle between ghouls, who need to eat human meat to survive, and the authorities, who have sworn to protect people from slaughter. However, everything changes when college student Ken Kaneki is attacked by a ghoul and survives as a half-human, half-ghoul who mentally and physically suffers from this split personality.

In the Tokyo Ghoul anime, Hide kills preemptively — a huge mistake, given that he embodies Kaneki’s hope for peaceful coexistence of humans and ghouls. Disappointed anime fans will find that the narrative in the manga conveys the course of events better, leaving Hide’s status ambiguous and Kaneki’s motives alive. In chapter 136 of the manga, Kaneki uses his ghoul powers to try to heal, save everyone in Anteiku, and fight Kisho Arima. Hide suddenly appears and confesses that he already knew Kaneki was a ghoul and wanted to help him. When Hide asks: “Can you fight with everything you have one more time? Since there is only one way to the abyss… — there is a splash in the darkness. However, the anime instead shows Kaneki carrying a dead Hide (who was fatally wounded in the stomach). After years and battles, they reunite in chapter 164 of Tokyo Ghoul:re. When Kaneki asks what he did to Hide, it turns out that Kaneki ate the lower half of Hide’s face and neck. Although the anime accidentally includes this scene in the second half of the third season, it leaves viewers confused because it previously showed Hide’s lifeless body.

The anime seems to answer an open question left by mangaka Sui Usida. Hide was part of Kaneki’s strength and hope, but it dies along with his friend and completely changes his motives. When Hide turns out to be alive and disfigured, the discrepancy becomes apparent because the audience believed that Haise Sasaki replaced him in Kaneki’s life. On the other hand, the manga leaves Hide’s status unclear and leaves it up to the reader, offering some space to hypothesize that Hide may be alive. When Hide says that “there is only one way to the abyss,” he hints that he will always be part of Kaneki’s power when he uses his kagune. Understanding and protecting Hide as a human inspires him to fight for a better world for humans and ghouls throughout the rest of the story. When Kaneki finally sees what he did to Hide, it revives and confirms Kaneki’s desire not to be helpless and to use his ghoul powers for good one last time.

Anime fans need to read the Tokyo Ghoul manga, as its differences from the second season significantly affect the development of Kaneki and Hide’s characters throughout the rest of the story. The anime misses the opportunity to reveal their friendship by changing small but important details. With the manga taking its time with world building and character development, it’s a pity that the anime “Tokyo Ghoul” chose the deviations it did.

A prototype of the Metroid Dread Samus Aran Colored Figma is...