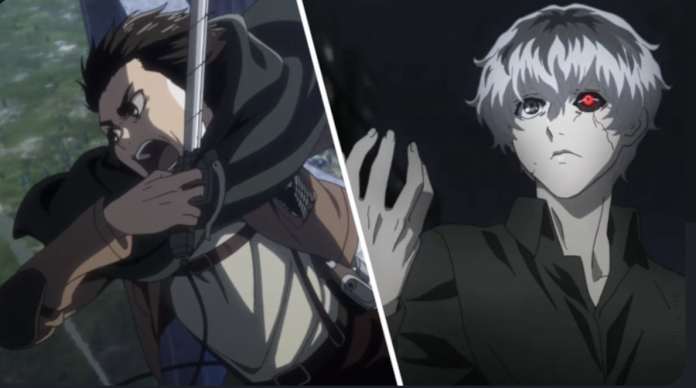 Tokyo Ghoul creator Sui Ishida made an illustration of Eren Jaeger from Shingeki no Kyojin as a heartfelt tribute.

The Shingeki no Kyojin manga ended a few months ago, but that’s not to say that the popularity of the series has waned. There are still many fans of this one and several are looking forward to the last part of the fourth season.

It is for the same reason that various expressions, such as cosplays or fan arts, appear frequently as tributes. They almost always come from amateurs, but sometimes it involves professionals.

Eren Jaeger drawn by the author of Tokyo Ghoul

Like the case that we share with you now. What happens is that Sui Ishida, the creator of Tokyo Ghoul, decided to dedicate a tribute to the work of Hajime Isayama. That was drawing with his very particular style to Eren Jaeger (or Yeager).

But not as he appeared in the last part of the manga, but in more innocent times. That was when he was a member of the Exploration Corps, when his ideals were clear and he did not know the great truth of the world.

There are some curious details about this image of Shingeki no Kyojin. What happens is that in the blade that Eren carries in his hand you can see the reflection of a person’s face.

It appears that Ishida has not revealed who he is, prompting speculation.

The only sure thing is that it is a character within the series created by Isayama and nothing else. Perhaps in time this mangaka will reveal his identity. 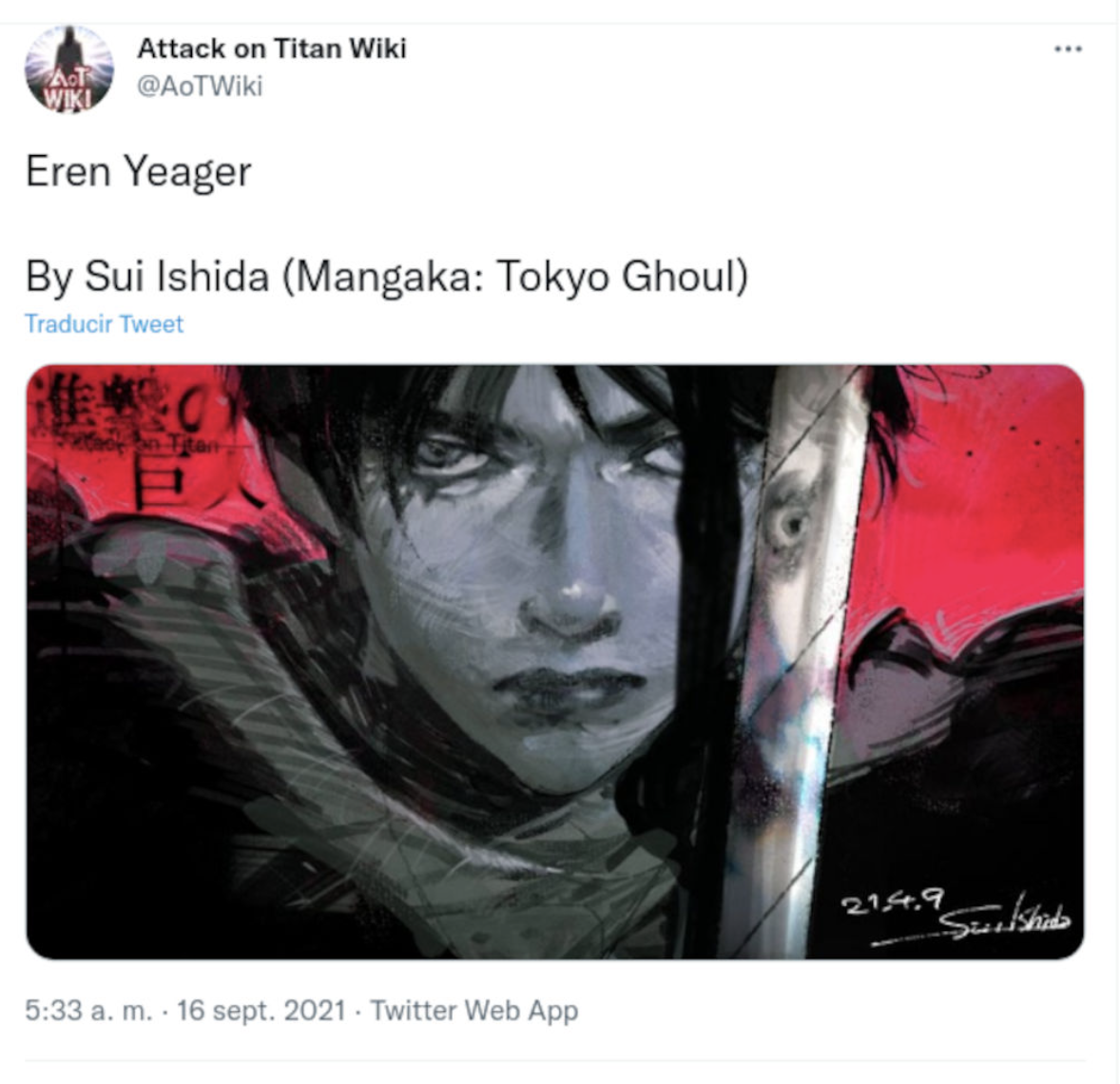 Shingeki no Kyojin will return in early 2022

While the last part of the Shingeki no Kyojin anime has yet to be released, again from MAPPA, the same cannot be said for Sui Ishida’s main series, Tokyo Ghoul. Although there is no shortage of those who hope that one day it will have another version.

Studio Pierrot made so many adjustments to the story that its final stretch upset many fans. According to some, the studio “sped up” rather than running more episodes.

That is why there were some things that were not entirely clear. Meanwhile Ishida devotes his attention to Choujin X, his new manga that is published by Shueisha publishing house.

But from time to time this mangaka makes a space on his agenda and creates tributes from other series. He did the same with an illustration of Mike from Tokyo Revengers. So it would not be surprising if he would surprise us again with a contribution from him in the near future.

Scarlet Nexus Gets New Trailer With Action and Story