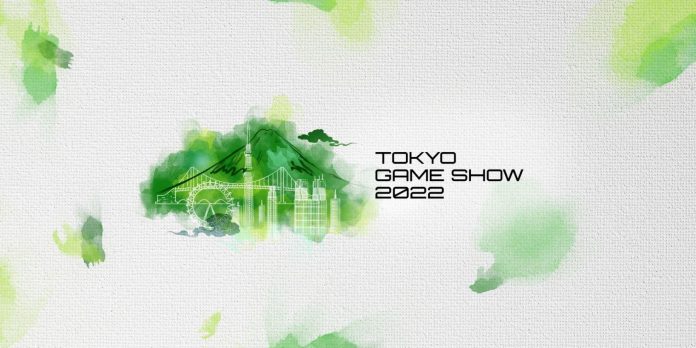 The Asian market has historically been the weakest place for Xbox. Fortunately, this historical trend seems to be changing: the company has made huge strides in the territory since the current generation of consoles appeared in 2020. additional efforts aimed at winning fans in the traditionally weakest market. These efforts were certainly evident during the Tokyo Game Show 2022. Some of the most exciting Xbox news coming out of the event was about games coming into the already impressive Xbox Game Pass library.

One of the reasons for the disadvantages of Xbox in Japan and the rest of Asia is the relative lack of games from Japanese studios on this platform. This is one of the problems that Xbox Game Pass seems to be solving, as a huge wave of games developed in Japan, including some well-known JRPGs, is being sent to the service. Famous Japanese studios such as Koei Tecmo’s Team Ninja and Sega’s Atlus will see their games appear on the service. Microsoft Gaming CEO Phil Spencer has also doubled down on other benefits of the service, such as Xbox Game Studios and Bethesda projects launching as first-day Game Pass games.

For those who were already waiting for the new games to hit the Xbox Game Pass, on September 15, the day of the Xbox Showcase, a whole set of games was added to the service. The biggest innovation was Assassin’s Creed Odyssey. The second part of the new formula of Assassin’s Creed games from Ubisoft takes players to Ancient Greece, where the myths and legends of that era known to everyone are presented.

Also on the same day, the visual novel Danganronpa V3: Killing Harmony Anniversary Edition from the Japanese studio Spike Chunsoft was added. Danganronpa V3 tells the story of a group of high school students trapped in a murder mystery game, with puzzles and challenges. It was this wild set of characters that made the game popular among such devoted fans.

The JRPG action game Fuga: Melodies of Steel also appeared in the Xbox Game Pass on September 15. Turn-based battles with a mechanical tank and cute animal characters are the main advantages of the game. Each turn offers a wide range of tactical options for players who may not like the usual step-by-step formula. Another added JRPG is Ni no Kuni: Wrath of the White Witch. The game tells the story of the young protagonist Oliver and his magical companion Drippy when they set out to save Oliver’s mother. The series Ni no Kuni is famous for its beautiful commercials created by Studio Ghibli, with an original soundtrack from longtime Ghibli employee Joe Hisaishi.

The action of the first-person shooter Deathloop will be released on Xbox Game Pass on September 20. The Deathloop, developed by Arkane Studios, the creators of Dishonored, takes place in a time loop during which the player must kill eight targets before the loop resets. The most popular Deathloop mechanic was the multiplayer element, allowing a random player to enter the world to try to interfere with the player’s current run.

The Japanese role-playing game Persona 5 Royal will appear in the Xbox Game Pass on October 21, having been exclusive to the PlayStation since its release. The game is a remaster of Persona 5, which itself is part of the broader Megami Tensei franchise. It was also confirmed that Persona 3 Portable and Persona 4 Golden will arrive in Xbox Game Pass later (unconfirmed date).

In the near future, Guilty Gear Drive will appear in the Xbox Game Pass in the spring of 2023. The critically acclaimed 2D fighting game from the Japanese studio Arc System Works includes a story mode and an extremely popular online component that allows players to fight opponents from all over the world. Also in the spring of 2023, the second game from Arc System Works, BlazBlue: Cross Tag Battle Special Edition, will be released. Another fighting game BlazBlue: Cross Tag Battle Special Edition features a whole list of 2D fighting game characters. It features characters from Persona 4 Arena, Arcana Heart, Senran Kagura and Akatsuki Blitzkampf. The edition available for Game Pass includes all downloadable materials of the game.

In early 2023, the Wo Long: Fallen Dynasty action game, similar to Souls, will be launched on the first day of the Xbox Game Pass subscription. Wo Long hails from the Koei Tecmo Team Ninja studio, developers of the Nioh franchise. It is also produced by Bloodborne producer Masaaki Yamagiwa, so the game already has promising things for fans of the genre.

Finally, Eiyuden Chronicle: Hundred Heroes launches on the first day on Xbox Game Pass on an unconfirmed date in 2023. The new IP released its first game Eiyuden Chronicle: Rising in 2020 after an unexpectedly large Kickstarter funding campaign. The series is considered the spiritual successor to Konami’s Suikoden franchise.

Yellowstone: The drama member who is married to a cowgirl in...