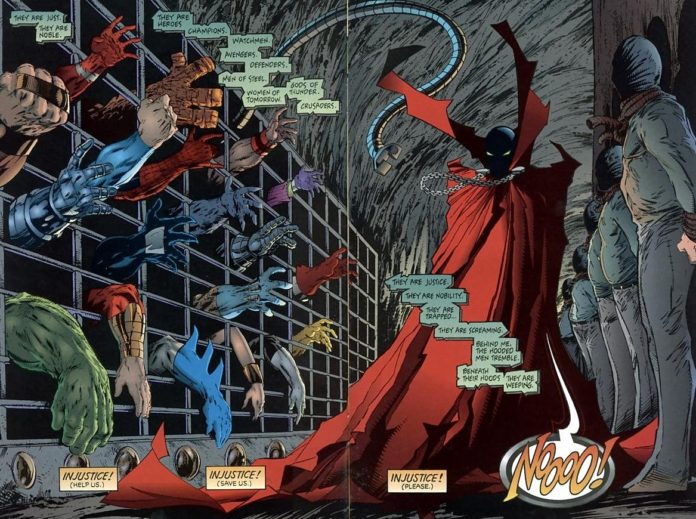 Todd McFarlane, who spent the last 20 years trying to shoot a new Spawn movie after the failure of the 1997 Spawn adaptation, gave new news about the movie he insisted on shooting.

McFarlane, who is also the author of the original comic, announced that he started a new Spawn movie that he will direct in 2017, and doubled our excitement by notifying that actors such as Jamie Foxx, Jeremy Renner and Brandon Sirota will appear in the cast, but after three years, kinds of it could not start.

McFarlane, the creator of Venom, one of the most beloved villains of the Marvel universe, spoke about rumors that Jamie Foxx left the production last month in an interview. Confirming that Foxx has left the production, McFarlane said he is in talks for the Spawn role with larger names.

Todd McFarlane, who is planning to make a dark and very hard movie away from the comedy, seems to bring the new Spawn adaptation to life in one way or another. Although it is too early for now to talk about the release date of the movie, which is returning to the snake story, we do not expect to watch Spawn anytime soon, but we hope.

Justin Bieber thanks for his performance on “Anyone”!

TXT’s Yeonjun will show his talent by acting in the drama...