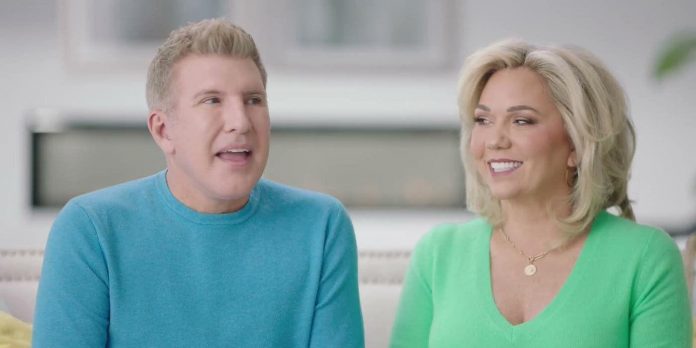 Todd and Julie Chrisley, a famous couple from Chrisley Knows Best, have added new lawyers to their legal team to help overturn their conviction. The Chrisley family quickly became one of America’s favorite families in 2014 when their reality show was first shown on the USA network, where they provided their viewers with pure entertainment. Just a few years after the premiere of the show, it became known that the couple was charged with 12 counts of tax evasion, bank fraud and fraud using electronic means of communication. Todd and Julie were taken into custody, but were released after they explained to the authorities that they were not involved in fraudulent actions. After their release, the couple made several statements, and their lawsuits began, because they were sued for libel and defamation by different parties indicated in their statements.

Nothing came out of the libel and defamation cases, and Todd and Julie were able to relax for a while, until May 2022, when the trial for their 2019 troubles began. Unfortunately for Chrisley, they have been found guilty on all counts and are awaiting sentencing, which could potentially amount to 30 years in prison. After receiving the verdict, the couple’s lawyers expressed the family’s disappointment and said they planned to appeal the verdict. It is reported that after the guilty plea, the couple remains in their home. In fact, they have put their lives on pause and are worried about the future of their reality show and business.

Related: Chrisley Knows Better: Why Some Fans Think the Show is Fake

Based on documents obtained by Radar Online, the Chrisleys have added a new lawyer to their legal team to help overturn their conviction. The couple is also asking for an extension of the deadline for filing documents for a new trial so that the new council can fully examine their case. Todd and Julie also told the court that they had difficulty obtaining some of the court documents needed to make a strong case for their appeal. However, it seems that the couple will not have access to these documents in the near future, as their lawyer said: “The court reporter estimated that it would take “at least 3 months” to prepare the full minutes of the court session.”

While the couple is waiting for a new trial date, Todd will be dealing with another trial as the date of his trial with Katie “Joy” Paulson is set. In this case, Todd sued the host of “Without a Crystal Ball” for talking about his problems with his daughter Lindsay Chrisley. Over the years, Katie Joy has accused Todd of slandering her and her husband and even trying to ruin their income. Katie Joy handed Todd termination and abstinence and countersued for everything she said she went through because of the star Chrisley knows best. A tweet from @eskeem2nir shows that the trial between them is scheduled for July 20 via Zoom.

Some people think that this separate case is pointless, but it can be said that things are not going well for the Chrisley family if Todd is given another guilty verdict. While the famous couple from Chrisley Knows Best is awaiting sentencing, it is reported that they have been placed under house arrest and are only allowed to leave their home for permitted trips. Todd and Julie were assigned a probation officer, and the couple allegedly had to report to the officer about certain trips and their spending limits. Sentencing is scheduled for October 6.

Minecraft 1.18 Snapshot: How to Download the Trial Version in Java