Home Entertainment Todd Howard’s comments on Fallout 5 prove the need for a remastering... 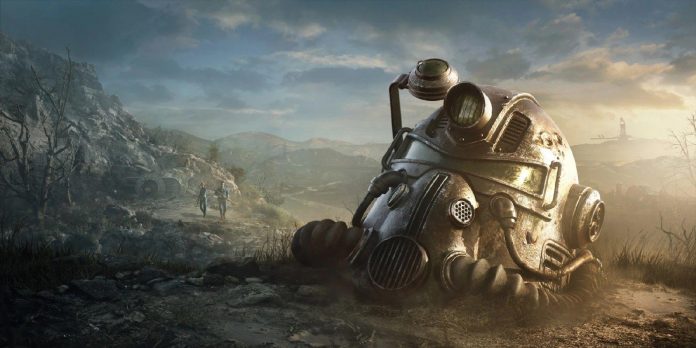 Franchises with multiple entries face a number of challenges. Sometimes a significant amount of time can pass between recordings, and the narrative may lose its momentum, or the player base may lose interest. Perhaps that’s why some games, such as the multi-year Splinter Cell franchise, prefer to reboot and start over, while preserving the essence of the series. Others, such as BioWare’s beloved Mass Effect, reassure fans while they wait for the upcoming release with an updated collection, but some just keep fighting, betting that players will wait for the next part, even if years and years pass before it.

Due to recent comments by Bethesda director and executive producer Todd Howard about the progress in Fallout 5 and when players can start playing it, many fans are worried about when they will next see major new Fallout content. Fallout 5 doesn’t have a release window and everything is in the early stages, but considering what else Bethesda is working on and how these games relate to the next part of Fallout, it’s safe to say that gamers won’t be playing it anytime soon. . Meanwhile, many fans hope that Bethesda will consider remastering while Fallout 5 is in development.

Bethesda has been pretty silent about its latest games. Starfield, the studio’s first new intellectual property in more than two and a half decades, has come under intense scrutiny from the gaming community since its announcement. Since then, relatively little has leaked about the upcoming sci-fi space epic, and gamers have been increasingly curious about what Starfield can cook. Now that the game is nearing launch, Bethesda has revealed much more about what Starfield entails and demonstrated essential parts of the game, but that doesn’t mean it has revealed any other juicy details about its additional games in development.

The Elder Scrolls 6 is almost as much of a mystery now as it was when it was first revealed, and there are no details about Fallout 5. To be fair, Fallout 5 has been confirmed, but development hasn’t started yet, so Bethesda won’t show anything to fans anyway. Moreover, The Elder Scrolls 6 was first announced back in 2018, and according to some reports, it’s not that far away yet, mainly thanks to more attention to Starfield.

Todd Howard may have confirmed that Fallout 5 is on the way, but he said that work won’t even begin until The Elder Scrolls 6 is released, and this game is still in preparation. Since Starfield hasn’t been released yet and The Elder Scrolls 6 isn’t finished yet, it seems like Fallout 5 could be another decade away, making its confirmation ridiculously premature.

The state of the Fallout franchise

While the news that Fallout 5 will be released at some point excites many players, Bethesda may have to work a little before then to get fans back on the Fallout train. At the first launch, Fallout 76 did not quite meet the expectations of fans, and the online role-playing game received mixed reviews due to the aimless gameplay, numerous technical problems and the lack of NPCs. Bethesda did work on solving these problems, but even some of its attempts to change the balance and improve the game were met with criticism. Fallout 76 is better now than when it was released, but it definitely disappointed many Fallout fans.

Faith in the Fallout franchise may have shaken a bit in recent years, but it still holds a special place in gaming culture and has a devoted group of fans. Modifications have helped to keep previous games alive, for example, the upcoming mod for Fallout 4, which takes players to a post-apocalyptic version of London. Obviously, interest in the Fallout single-player game persists, as games like Fallout 4 still have an interested community even seven years after its initial release. There are several ways Bethesda can continue to benefit from this, but one of them is to focus on remastering previous games while fans wait for the next installment.

The argument in favor of Fallout Remasters

Some players may have a difficult relationship with the updated games. There are those who believe that the originals are still great and there is absolutely no need to mess with them, while others believe that developers should focus on new IP addresses and new visits to franchises, and not look back. Of course, there are arguments in favor of both of these opinions, but many gamers love a good remaster. They can help bring old and potentially forgotten games to a wider audience, allow gamers to experience important DLC they may have missed, and can help bring games into the modern gaming realm with all the benefits that come with it.