Home Entertainment Todd Chris Lee and a lawyer have responded to rumors of homosexuality... 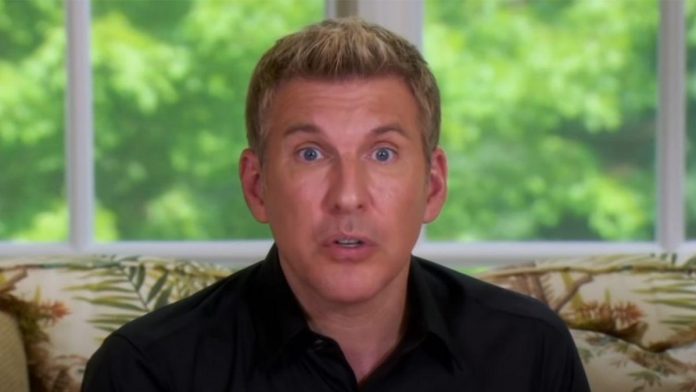 In recent weeks, a lot of celebrity cases have played out in court, starting with the trial of Johnny Depp and Amber Heard and ending with the sentencing of Josh Duggar. Among them was the Chrisley Bank fraud trial, which was accompanied by many accusations, including alleged overspending and a homosexual affair. A week after Todd Chrisley’s former business partner claimed he was involved with the “Chrisley Knows Best” star, his lawyer responded to the rumors during closing arguments.

To get to what was said during the closing arguments, we first really need to dive into the courts more than a week ago when Mark Braddock, Todd Chrisley’s former business partner, spoke in court. Braddock stated at the stand that he and Chrisley had an affair, and they even bought off a blackmailer who was allegedly going to publicly turn them in. As for Chrisley, his lawyer said in opening statements that Braddock was “obsessed” with the reality TV star and lied about things, even perjuring himself.

Interestingly, this is not the first time there have been rumors about Todd Chrisley’s sexual orientation. The “Chrisley Knows Best” star once openly responded to the rumors, calling them “flattering” during an appearance on the Domenic Nati show, but did not seem to mind the curiosity aroused by this topic, noting:

For this to disappoint me, it would mean that I don’t agree that someone is gay. I don’t believe it’s your choice. I believe that you are the way God created you.

He also said at the time that Julie, his wife since 1996, was “flattered” that men were as interested in him as women, joking that he would “never have a drought.” Then it came to the trial of a bank fraud case, and the topic of his sexual orientation came up again.

It should also be noted that Mark Braddock, again a former business partner of Chrisley, was known as the man who initially turned the family to the FBI after being fired in 2012, although Todd claimed that their financial situation was related to Braddock. Allegations of bank fraud and tax evasion emerged after reality TV stars apparently took out loans to lead extravagant lifestyles and then used new loans to pay off old loans.

Meanwhile, in closing arguments, Todd Chrisley’s lawyer painted a different picture. According to attorney Bruce Morris, the picture Mark Braddock painted of Todd Chrisley, blackmail and an affair was a “fantasy.” In fact, he went even further to explain that Braddock confessed to perjury in the past and is the person responsible for providing the government with documents that apparently accuse Todd and Julie Chrisley of bank fraud. Bruce Morris said:

I believe Mark Braddock is the epitome of reasonable doubt.

The case gets even more confusing as Assistant U.S. District Attorney Thomas Krepp apparently agreed in his own closing argument (via Insider), stating that “you shouldn’t trust Mark Braddock,” who is also accused of impersonating Todd Chrisley and others on the phone, and also a lie to the FBI. However, he argued that the records of Chrisley and the allegations of bank fraud speak for themselves.

Flashes and viral moments at the trial of Chrisley were noticeable, but the case began, and on Friday the jury began to discuss. Todd and Julie Chrisley were charged with five counts of bank fraud, one count of tax fraud, and then one count of conspiracy to commit bank fraud and conspiracy to defraud the United States. If proven guilty, they could face up to 30 years in prison. jail. Todd and Julie Chrisley are well known, they have appeared on Chrisley Knows Best since 2014.