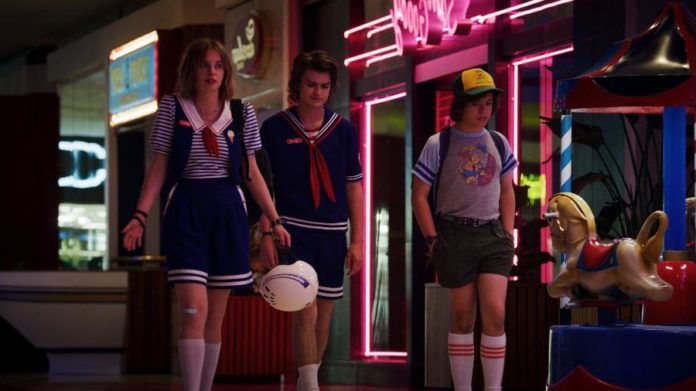 Today is Stranger Things day and the fans have gone crazy; see reactions. This November 6th is the day of Stranger Things, one of Netflix’s flagship series. And fans on social networks didn’t let the day go blank and celebrated the special date.

when it's stranger things day and there's only one boi on your mind pic.twitter.com/I6TOXpMe5L

The date refers to the day it all started in Stranger Things. In the series, 36 years ago Will Byers disappeared in the city of Hawkins, Indiana, triggering strange episodes that would change the lives of the inhabitants. Precisely for this reason November 6th is dedicated especially to the series, to the delight of lovers of American production.

WE DECLARE THIS THE DAY FULL OF BLOOPERS
(this is the first blooper of #strangerthingsday) pic.twitter.com/mqdH7pwtAN

Already in the early hours of the day, the hashtag “StrangerThingsDay” became the most talked about topics on Twitter. All because of the fans who honored and praised the series. There were those who remembered striking scenes, suggested making situations that happen during the three seasons of the series and even those who took advantage of the day to wear costumes that make mention of Stranger Things ….

wow this gang really turned our lives upside down. happy #strangerthingsday from our world to yours pic.twitter.com/KayN1cTpTa

There were mass thanks to the creators of Stranger Things …

And also realize that you are getting old …

today is exactly 36 years old eleven met benny the first person in fact that made her smile #StrangerThingsDay pic.twitter.com/bOKk3r01yl

We only used Tik Tok instead of Google and YouTube for...