Home News “To All The Boys: Always and Forever” Debuts Final Saga Trailer 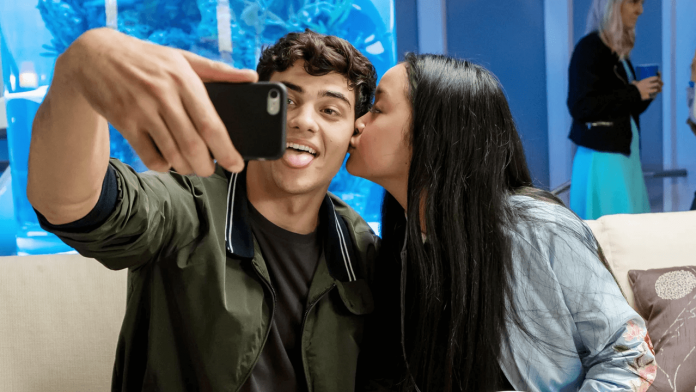 Another of Netflix’s romantic trilogies will come to an end, the story based on the books of the same name premieres the trailer of its third part.

Netflix’s “To All The Boys: Always and Forever” will arrive before Valentine’s Day to make all fans fall in love with the story of Lara and Peter, the trilogy is nearing its end and the trailer has already been revealed.

The streaming platform continues to bet on the stories and romantic adaptations of youth books, based on the novels of the same name, “To all the boys I fell in love with” reaches its final stretch and what better than in the month of love friendship. Will they grow and stay in love?

Through its official social networks, Netflix revealed the trailer for “To all The Boys: Always And Forever” , starring Noah Centineo and Lana Condor, and will also feature the participation of Charles Menton . The third and last part of the trilogy will premiere on February 12, two days before Valentine’s Day.

It’s hard to believe what all started with a letter, a hot tub, and a diner could turn into this…

To All the Boys: Always and Forever premieres February 12! pic.twitter.com/fiTiemcdnE

The story that began with a letter to remember his past loves changed the life of “Lara Jean”, who enlisted the help of “Peter”, one of the most popular boys in school, in the sequel they both faced the insecurities and doubts about their relationship, as their respective ex-partners created an uncomfortable love triangle.

TO ALL THE BOYS RELEASES THE FINAL TRILOGY TRAILER

The new preview lasts two minutes and shows the synopsis of “To all the boys: Always and Forever” and will show the new path that “Lara Jean” will live when she goes to college. The protagonist enjoys her summer vacations to travel to her native South Korea, where she will live adventures with her sisters; However, upon her return she must face her most difficult decision: to follow her dreams or her boyfriend.

“Peter” proposes to go to the prom, apparently things are going very well between them, they get part-time jobs together and have plans to go to the same university, but it seems that “Lara”She is not sure of the decision she made and is overcome by the fear of regret when they make a trip to New York to see her future school.

When an acceptance letter arrives in her mail, “Lara” will begin to doubt if following the same path as “Peter” will make her happy and if a long distance relationship could work. Between growing up, packing her bags and saving her relationship, “ Lara Jean” faces love and the future.

If you are a fan of dramas and want to start your 2021 with the most recent premieres, we leave you ” Beyond Devil”, a new story that will catch you.

The Way of Bitcoin: 20 Thousand Dollars Is Possible, 3 Thousand...