Home Entertainment TMNT: Shredder’s Revenge — all Collectibles and secrets of the 9th Episode 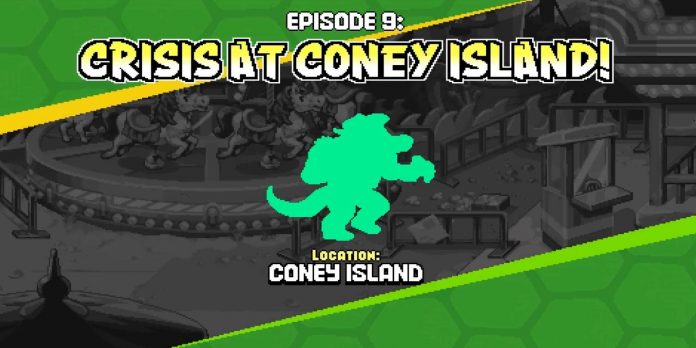 TMNT: Shredder’s Revenge draws inspiration from classic arcade beat-em-up, bringing ninja turtles back into the spotlight of games. Although Shredder’s Revenge is shorter and takes about two hours for most players, there are many collectibles, with some of them being cameos that longtime TMNT fans will appreciate.

Shortly after getting rid of some of the first enemies in Episode 9, TMNT players will stumble upon a hot dog stand that can be destroyed. Go ahead and hit him a few times to reveal the first secret on the level: Rasputin.

Rasputin comes from the 80s old-school animated series TMNT and is well known as a member of the Punk Frogs, a group of frogs from Florida who were accidentally mutated and tricked by Shredder to join his evil cohort.

Shortly after the first fight with the flying robot bugs at this stage, a postcard rack near the trash can will appear on the next screen. Smash the trash can to find one of the disgusting beetle collectibles.

Keep going through the stage to fight TMNT’s iconic villain, Leatherhead. He should be easy to kill, especially since players will get help from the punk frogs, who will give players some health and explosive barrels to help damage the boss.

Punk frogs will want players to find eight disgusting bugs in the episodes of the game. Getting them all will complete the side quest and players will be rewarded with 100 points.

TMNT: Shredder’s Revenge automatically saves the progress of the game when collecting collectibles, so if players die at the end of the stage, there is no need to collect items again.

Here is a list of three additional challenges that TMNT players can complete in Episode 9.

Defeat 2 enemies using traps. Complete 5 throws! (Tap and attack when you are near an enemy to perform a roll) Defeat 6 enemies using Power Pizza