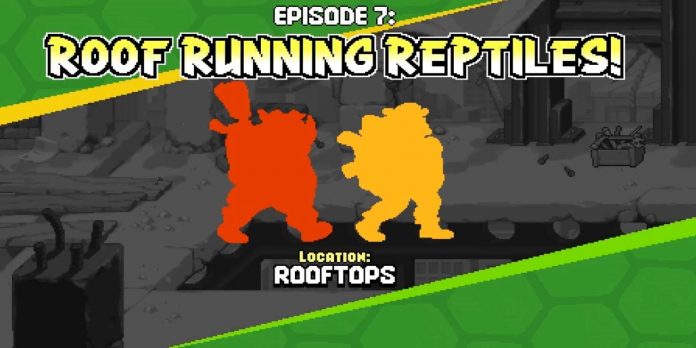 TMNT: Shredder’s Revenge players who want to complete the game 100% will have to reveal all its secrets. While the running time of the game is shorter (about two hours), there are a bunch of little trinkets that can be collected for NPC side quests.

In all episodes of Shredder’s Revenge, except episodes 3 and 16, there are collectibles. This guide will show players where to get secrets and collectibles in Episode 7: Roof-Running Reptiles.

All the Secrets in TMNT: Shredder’s Revenge Episode 7
Secret Diary

In the first opening section of Episode 7, TMNT players will find a secret diary inside a red destructible toolbox. Just attack it to break it by opening its contents.

If the players have collected all the collectives in the previous stages, the secret diary in Episode 7 should be the last one to complete the side quest of Irma’s diary.

TMNT: Shredder’s Revenge will automatically save game progress after players pick up one of the collectibles in a level. Thus, even if the player fails the stage at some point, the secrets will not need to be raised a second time.

After taking the elevator with a bunch of enemies to the next section, look for another one of these red toolboxes. Break one on the top path shown in the picture above to find the VHS collectible tape.

And the last secret of Episode 7 is a Hideous Bug, which can also be found inside one of the red tool boxes that can be broken near the end of the level. Players can also crash a red cart nearby to get pizza for much-needed health for a boss battle against Bebop and Rocksteady. If players enter the battle without extra lives, defeating the evil duo may not be easy.

After players complete all 16 episodes and watch the end credits, they will finally be able to play as Casey Jones, the only playable character to be unlocked. He is objectively the best character in the game because of his additional characteristics, but some players may prefer to use someone else – it all depends on the style of play of the players.

TMNT: Shredder’s Revenge is available for PC, PS4, Switch and Xbox One. It is also available via Game Pass for consoles and in the cloud.