Home Entertainment TMNT: Shredder’s Revenge – A Guide to the Whereabouts of Every Punk... 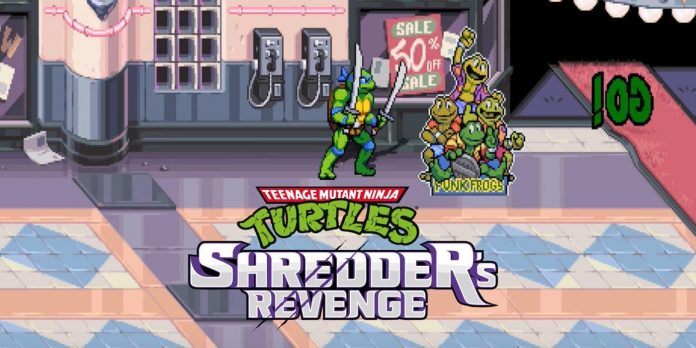 There are four punk frogs in the TMNT universe: Attila the Frog, Genghis Khan the Frog, Napoleon Bonafrog and Rasputin the Mad Frog. Like their Ninja Turtles counterparts, Punk Frogs are also based on historical figures; Attila, Genghis Khan and Napoleon were famous generals and conquerors, and Rasputin was a Russian healer and mystic. In TMNT: Shredder’s Revenge, players can find four hidden punk frogs on different levels.

Where to Find All the Punk Frogs in TMNT: Shredder’s Revenge

The first punk frog in TMNT: Shredder’s Revenge, Attila the frog, is on the fourth level of the game. Attila hides behind a trash can to the left of the entrance to the zoo. Destroy the trash can and Attila will jump out. Attila the frog owns a flail and is considered the leader of the group. After finding Attila the frog at level 4, players will continue to defeat the bosses of Surkchak and Dirty Bag.

The third punk frog in TMNT: Shredder’s Revenge, Napoleon Bonafrog, is on the sixth level of the game. Napoleon is hiding on the second floor of the Crystal Mall behind a cardboard figure of Punk Frogs next to the cinema. The cinema and the cardboard cutout are approximately in the middle of the level. Napoleon and his trademark whip are hiding behind the cutout, so destroy it to find the third punk frog. After finding Napoleon Bonafrog, players will fight the boss Tempestra.

The fourth and final punk frog in TMNT: Shredder’s Revenge, the Mad Frog Rasputin, is on the ninth level of the game. Rasputin hides behind a counter with hot dogs at the beginning of the level on the pier after defeating the enemies in the first meeting. To quickly destroy enemies, master the TMNT throw attack. Destroy the counter with hot dogs, and Rasputin will jump out of it with his bow and arrows. Complete the rest of the level, fight the classic TMNT boss Leatherhead and move on to the next stage.