Home Entertainment TMNT: Shredder’s Revenge – A guide to the location of each Secret... 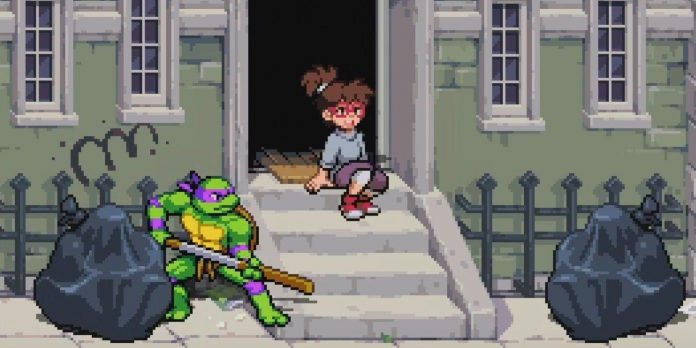 In TMNT: Shredder’s Revenge, one of the additional tasks that can be performed is to find the location of each secret diary in the game. Finding the location of every secret diary in TMNT: Shredder’s Revenge is one of the special requests that can be made for some of the most iconic characters ever to meet with the ninja Turtles. Especially for the Secret Diary locations, this request comes from Irma, April O’Neill’s friend, who first appeared in the 1987 TV series Teenage Mutant Ninja Turtles.

For all completed special requests, players will receive a different number of experience points, which can then be used to level up TMNT and other playable characters in Shredder’s Revenge. As soon as the location of the secret diary is found, a magazine icon will appear above the character’s head, accompanied by the inscription “Secret diary found!” message. While the ninja turtles and their allies will have to search everywhere to find the location of every secret diary in the game, not every episode of TMNT: Shredder’s Revenge has one of the journals that players can collect.

Before you can find and collect the “Secret Diaries”, TMNT first needs to find Irma in the second episode of “The Big Apple, 15:00”. As the episode progresses, players will eventually reach a large green building in which two infantrymen are hiding in garbage bags to the left and right of the porch leading to the apartment. Knock down the front door with any attack to find Irma’s cameo, which will allow you to discover all five locations of the Secret Diary in TMNT: Shredder’s Revenge throughout the game.